On Saturday I ran over to do the two mile Nielsen challenge.  Ran 13:13, and with the to and from I ended up getting in twelve miles.  Later that day $100 and I went to our first Switchbacks game.  The plan was not to drink much as I had planned to hit a 14er on Sunday.  But we took PikeRide downtown, ended up stopping at Mash Mechanix and Pikes Peak Brewing.  Then on the way home it turned into quite a shitshow with visits to Benny's, Front Range, and Nova West.  Nova West may have included some Mad Dog. 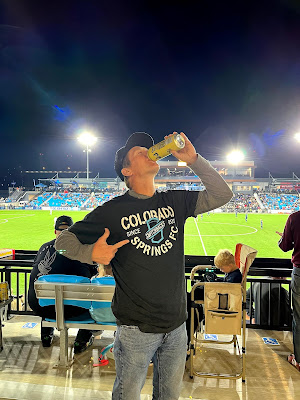 Probably my last Switchbacks game.  Tix were $27 each and that big Coors I'm drinking was $15.  Significantly more expensive than Air Force football and I just don't care about soccer that much.
I did end up summiting Mount Sherman on Sunday, extending the calendar streak to five months.  Sherman is considered an easier 14er, but I wanted to get more comfortable with the route as this will likely be one I attempt in the winter.  Worked in some Chicago training on the summit: 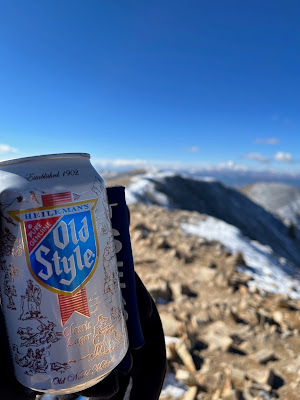 Had some beers with Alex at Fossil on Sunday evening.  Next month will mark five years of monthly Pikes summits for him.
Track 5k on Monday morning.  19:19, including a 6:05 middle mile.  My two mile split was 50 seconds faster than my Nielsen time.
Chicago this weekend, Colfax the following weekend.  Then I'm up to date with races, no more COVID holdouts.  I am signed up for a few local runs - the Pikes Peak YMCA 5k series, Rock Canyon half, and I'll probably run the Super Half.  But with HAMS starting later this month, I'll be putting racing on the back burner for a while.

2023 will mark ten years at my job, and I've recently told my boss I plan to take some time off. 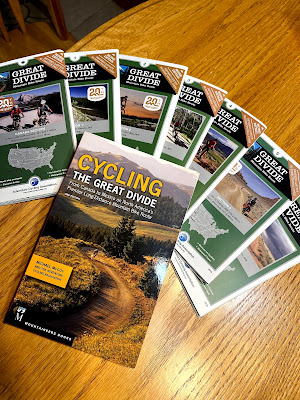