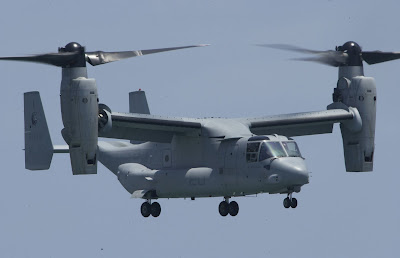 One of these puppies buzzed my house yesterday morning as I was leaving for work.  Though it was in airplane mode and not helicopter mode.  Pretty awesome.

Hour in the Garden this morning.  Lots of cops there.

Finally picked up some concert tix.  $100 and I will be seeing Dave Matthews Band for our first trip to Fiddler's Green.  Thinking of pulling the trigger on tix to see Railroad Earth at Red Rocks as well.

Very little on Monday and Tuesday as I was pretty beat up from Never Summer.  Easy five miles on Wednesday morning, followed by my 80th bike commute to work in 2015.  Really suffered climbing Cheyenne Canon today, and even had to get off and push the bike at the steep part.

Both of the parks I played in today, the Garden and Cheyenne Canon, had armed robberies in them very early this morning.  I'm usually in the garden around 5:30AM.

Monday was the annual Jerry Garcia DIM hash.  Here's me and Brooks sporting the tie-dye. 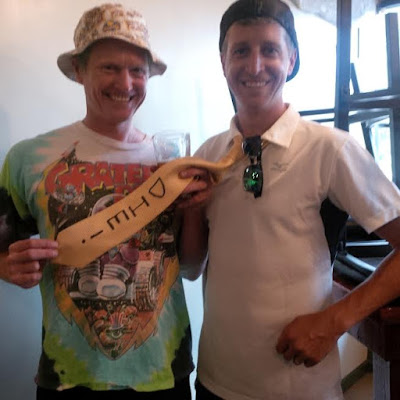 Posted by brownie at 9:09 PM No comments:

Holy balls that was a tough one.  Survived though, finally crossing the finish line after 17 and a half hours.  Like Mountain Man Steve said, "if Nick puts on a 100K you need to do it."  I'll post some more thoughts on the run when I have some time.

Some of the Springs folks immediately after my finish: 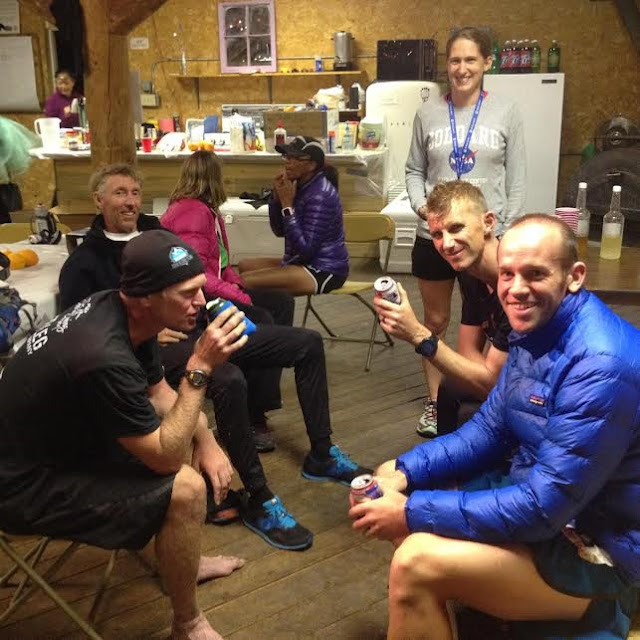 Our village got some sweet new bike lanes yesterday! 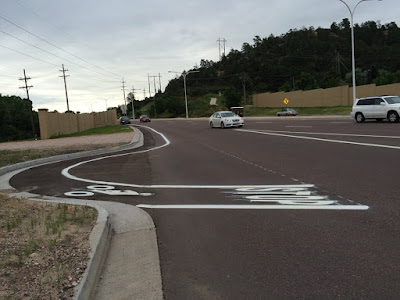 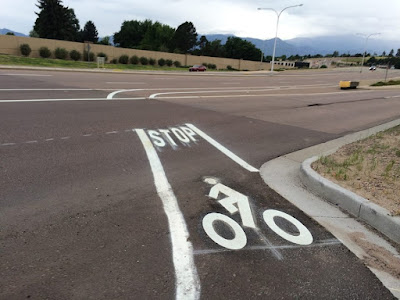 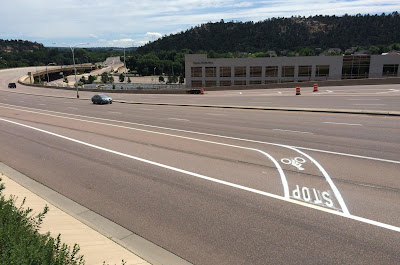 Easy five miles on Monday as I felt pretty beat up from the weekend.  Drank a few too many brews on Monday night and ended up doing nothing on Tuesday.  5K on Wed morning as I had to be to work early.  At least I'll go into Never Summer well rested.

Of course, no running tonight as the gang is getting together to watch this instant masterpiece: 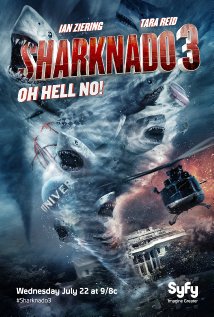 Been in the market for a fatbike and thought I was going to go with the Mukluk.  I always liked the Beargrease I've rented a few times, but it was carbon and that put it way out of my price range.  Then Salsa announced this, and I think I've found my first fatbike.  They are available in October. 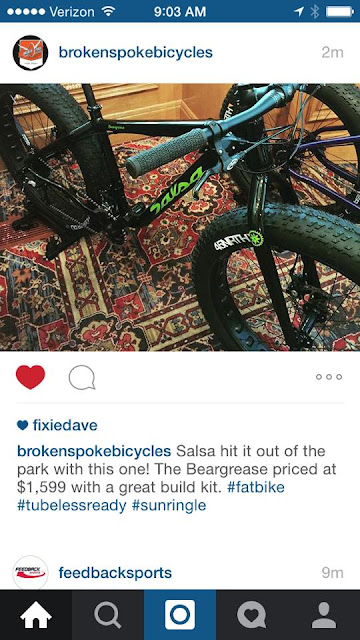 Seems we have a new neighbor.  This guy was photographed less than half a mile from my house at Red Rock Canyon. 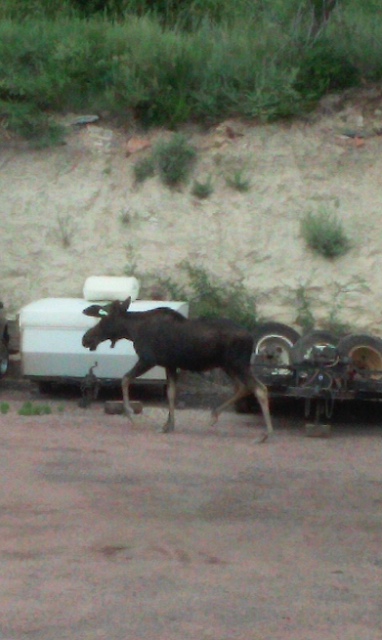 When you race as much as I do, you're going to have some mediocre races.  And this was one of them.

Talked to Simon before the race and he said to hit Barr Camp in 1:20 to see if I was in three hour Ascent shape.  So that was my goal.  And I made it, I was the last guy to break 80 minutes, hitting the top in 1:19:59.  But physically and mentally I was crushed.  Just didn't have anything today.  Probably walked a good three quarters of a mile between the top of the W's and Barr Camp.  At BC, I stopped for a few minutes to chat with Neil about Hardrock, then jogged back down.  Finished just under 2:10.  While it was a poor race for me, I'm somewhat happy that I still got to Barr Camp at roughly three hour pace while running less than stellar.

Speaking of meh, that's about all I can say about any of the Triple Crown races anymore (BTMR is not one of the races that count in the Triple Crown, but it is under the umbrella of their management).  BTMR had some problems, and the new expectation for these races is that you are going to have to deal with all kinds of issues that you don't see at most races.  The folks in charge either need to step up their game, or significantly cut the prices of these races.

Thanks to Pikes Peak Sports for the pic: 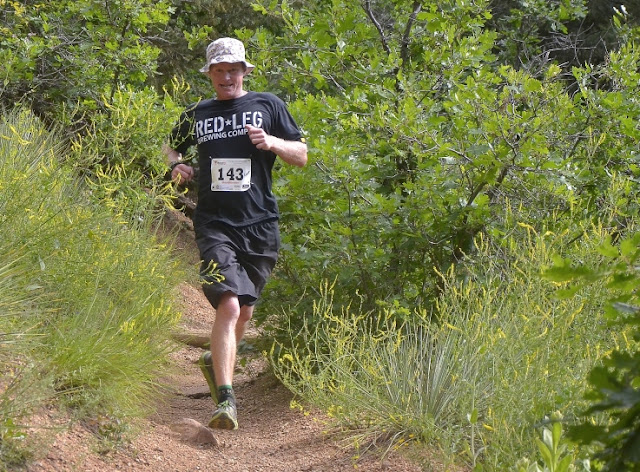 No running on Thursday, but an awesome ride with my buddy Mike who is visiting from Austin.  From the office we rode Cheyenne Canon, High Drive, Cap't Jacks, the Chutes, Stratton, Bear Creek, and Red Rock Canyon, ending at Fossil Brewing.  24 miles with almost 3K feet of climbing.  Good stuff.

Friday morning was an easy 10K run on the Garden roads.  Looking at getting after it this weekend, with a long run on Saturday followed by the Barr Trail Mountain Race on Sunday.

Pretty decent week that ended on Sunday.  50 miles on the bike and 50 miles running.  Much more running miles that I thought I'd get.  Topped off with a long run up Pikes and a good effort at the Summer Roundup.

Paying for it, as I was sore as hell on Monday and Tuesday.  No running on Monday, easy five on Tuesday morning.  Wednesday morning was a solid seven miler in the Garden, finally starting to feel good again.

$100 and I went down to Oil Well Flats in Canon City on Sunday for a ride.  Awesome trails down there.  Seems like there are tons of trails to explore in Royal Gorge country and I plan to get down there more often. 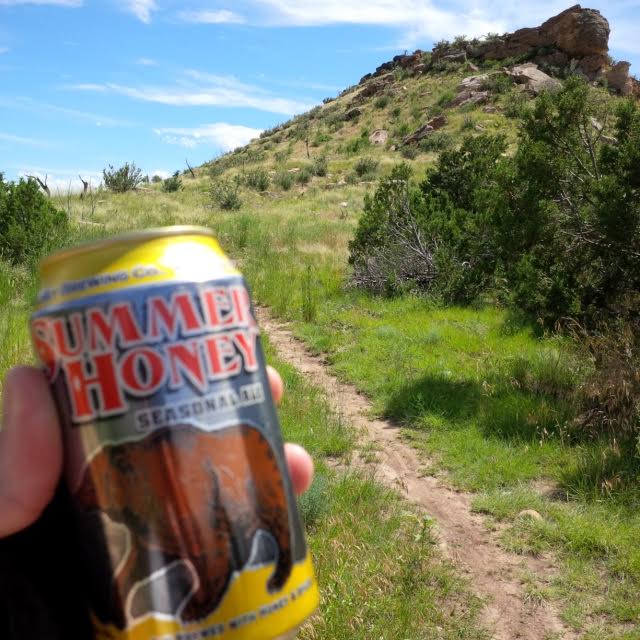 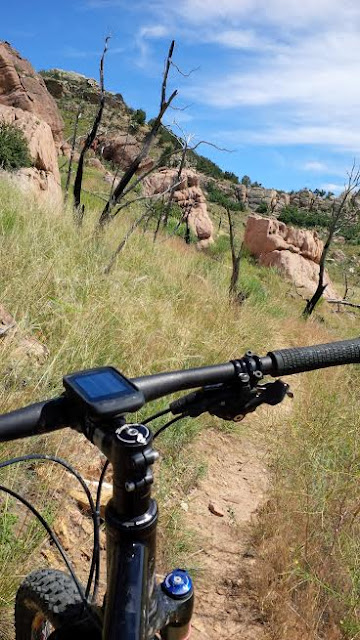 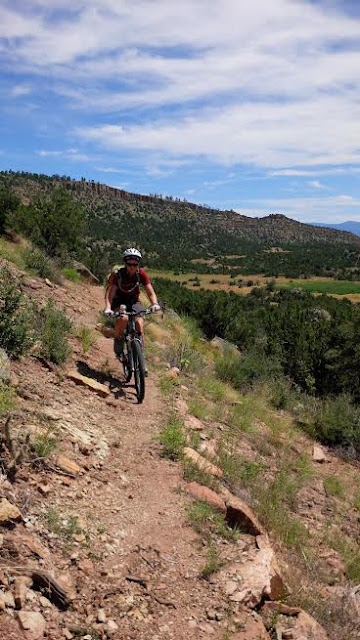 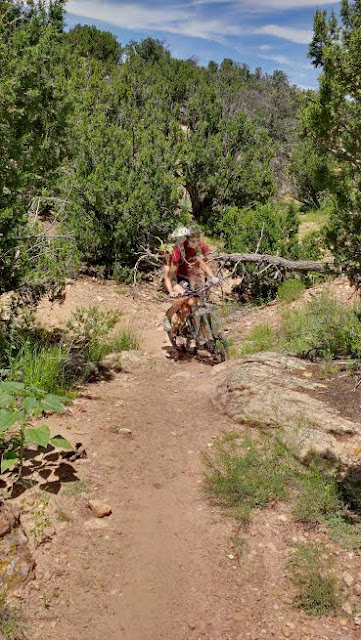 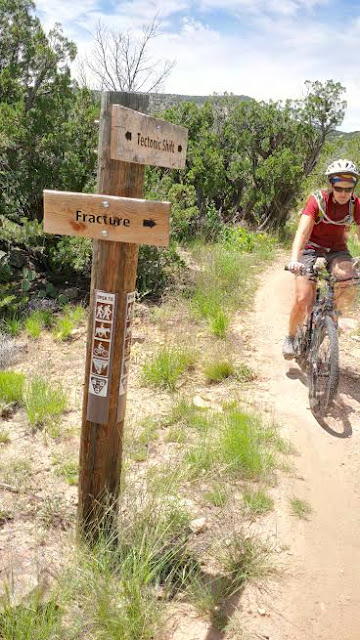 And, of course, post ride beers and burgers at the local brewery. 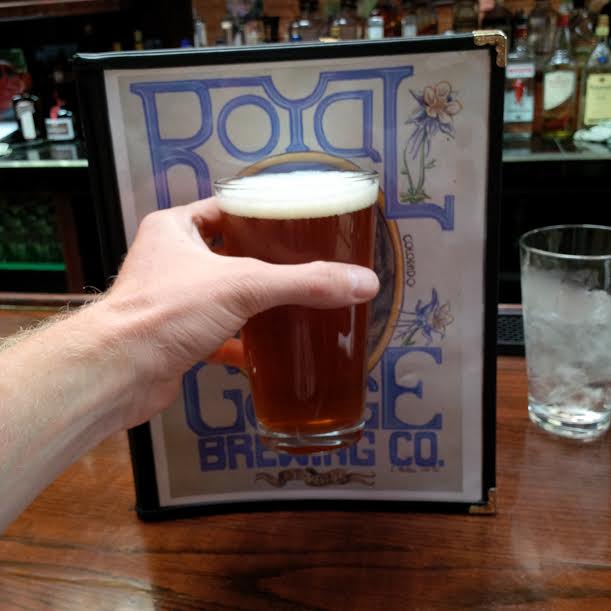 Once the trip to Hardrock fell through, I thought I'd jump into the Summer Roundup to complete the local Triple Crown.  I was pretty trashed from Pikes the previous day, but I still had a decent, hard effort.  Well, for about 5.5 miles anyways.  After that I spent about three minutes standing around drinking beer, which didn't help my finishing time.  Crossed the line in just over 55 minutes.  Pretty happy with that for having a relatively poor race.

Great weekend on the training front: 20+ miles above 10K feet, then a solid effort over in Bear Creek Park.  Lost a little bit of fitness over the two week break, but I should be able to get that back pretty quickly.

Thanks to Pikes Peak Sports for the pic. 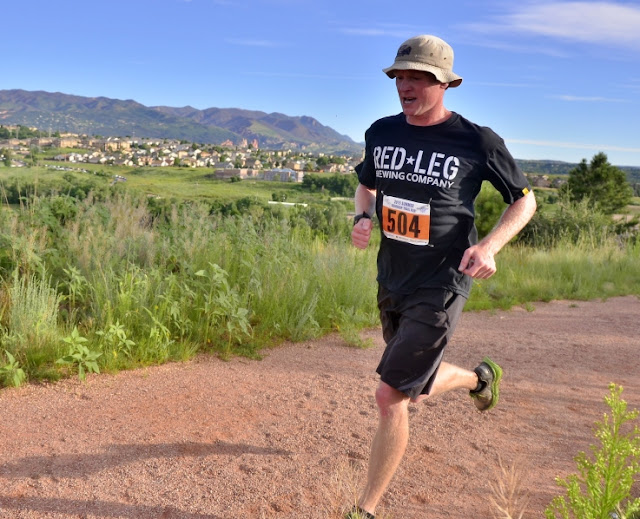 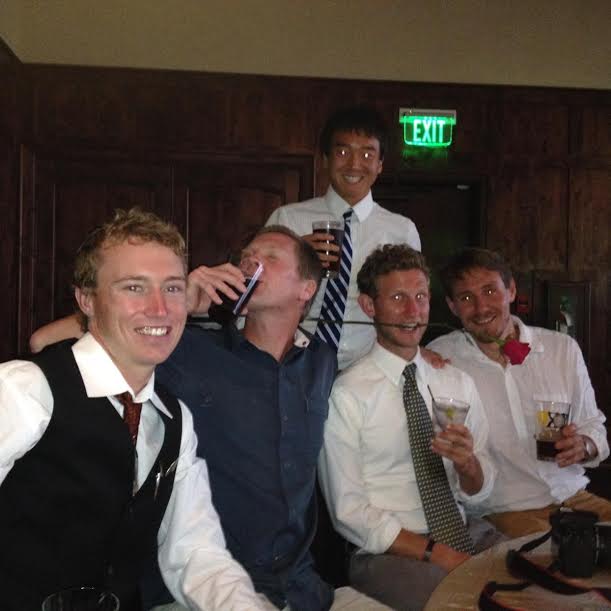 Posted by brownie at 8:26 AM No comments:

Ran one of my favorite routes on Saturday, Elk Park to Barr Camp to Pikes and back.  21 miles, 6000 feet of climbing, six hours.  Much stronger than I thought I'd be after two weeks off, and the rib held up.  Definitely leaning towards giving Never Summer a try.

Congrats to the Hardrock class of 2015!

Some random pics from the run on Saturday: 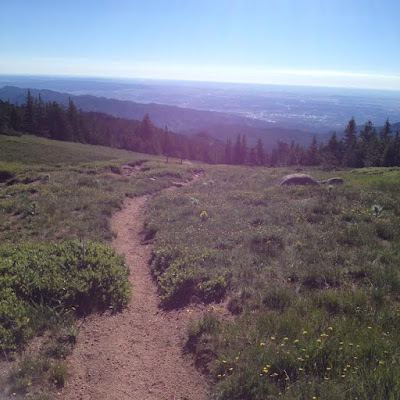 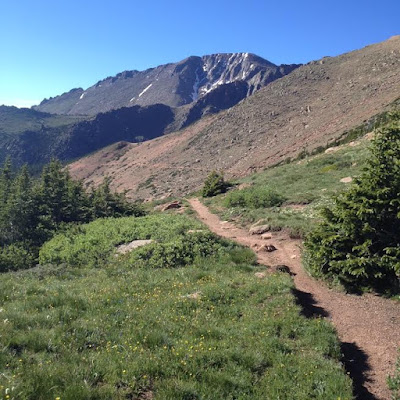 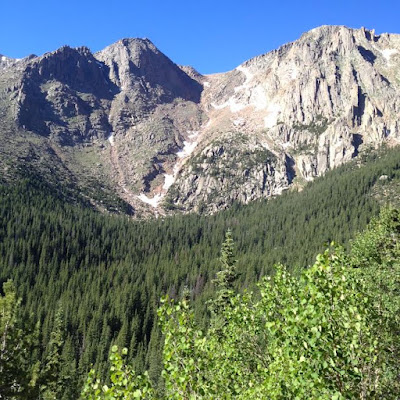 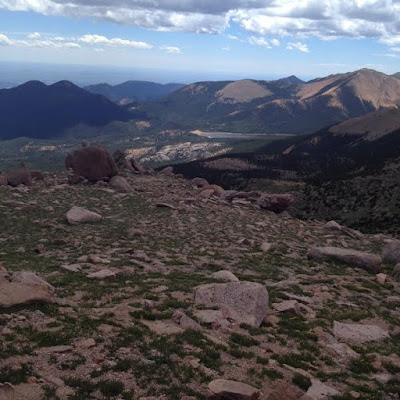 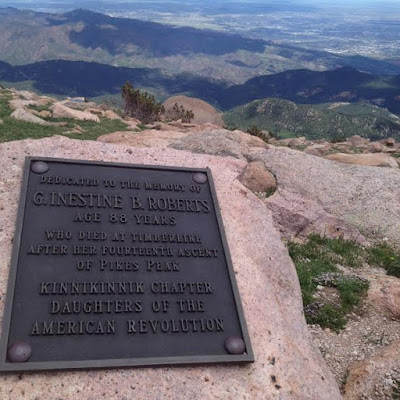 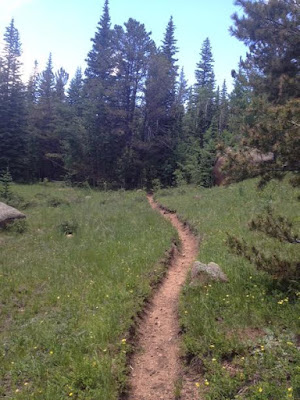 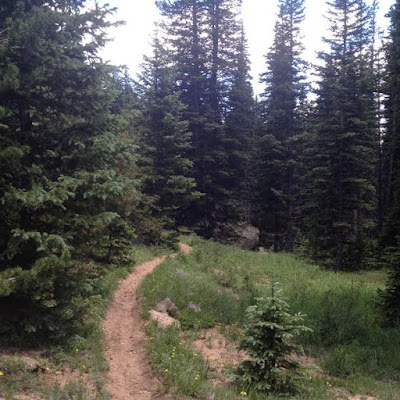 Posted by brownie at 8:20 PM No comments:

brownie is back, baby!

30 minutes on Monday morning, five miles on Tuesday morning.  The rib still lets me know it's jacked up, but it is so much better than it was two weeks ago.

Going to attempt Pikes via Elk Park on Saturday to help me decide on Never Summer.  Then the Summer Roundup on Sunday.

Commute #70 on the bike to work this morning.  After a long weekend on the fat bike, I kept feeling like I was going to fall over on my Mariachi, which only has plump 29er wheels. 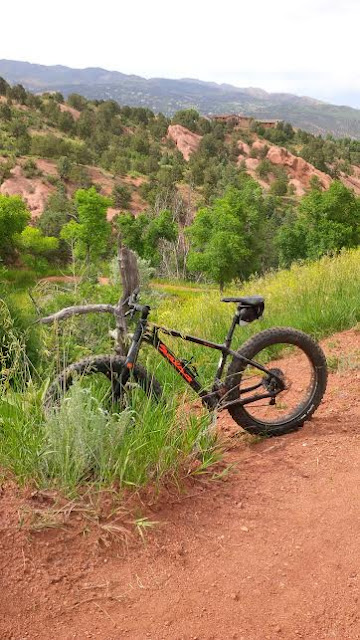 A few of the Pleasant Valley runners.  Third place at Western States, first place at the NOLA 5K, and world champion of talking about how fast he used to be. 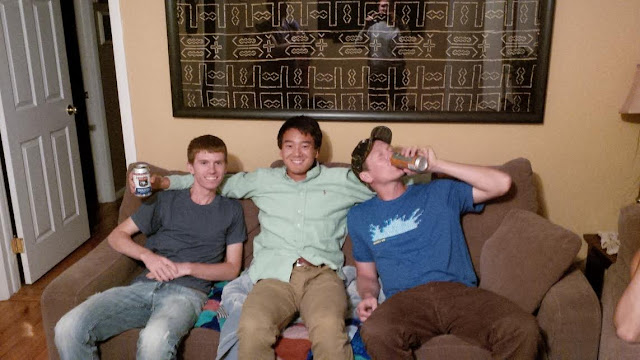 Ended up bailing on Rampart last night due to a later than expected happy hour at Red Leg.  But still got out on this baby: 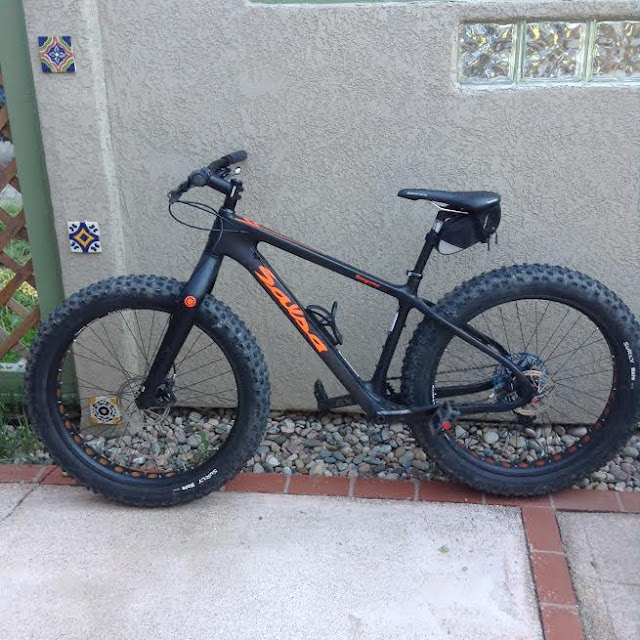 90 minutes on the Red Rock Canyon trails.  Then I met $100 at Fossil, and after a few more brews we headed back to RRC for an hour of night riding.  Good times!

I'm looking to buy a fat bike this October-ish.  Definitely won't be carbon, as I don't like the feel of those high end bikes (not to mention the price factor of going carbon).  Right now I'm leaning towards a Salsa Mukluk, something I can ride fat in the winter, then throw some 29+ tires on in the summer.

Three years ago a bunch of us sat on my roof and watched Waldo Canyon burn.  We replicated the pic last night.  Good times! 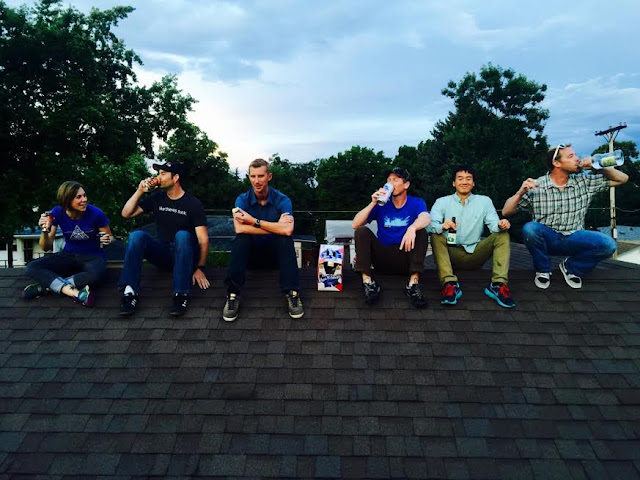 Renting a fat bike this weekend.  Heading up to camp and for a night lap around Rampart Res this evening.  Going to try to start running again on Monday.
Posted by brownie at 2:19 PM No comments:

Certainly not my best running month ever.  160 miles, with almost none of those coming over the previous ten days.  Did have my biggest bike month ever at 475 miles.  But I think like a runner, and if I'm not running big miles than I assume I'm getting out of shape.

Met Marc after work at Iron Bird Brewing (their Propaganda IPA is pretty awesome!) and headed up Cheyenne Canon.  Not my best work, but a hard ride up followed by jaking Cpt Jacks as to not hurt the ribs.  Here's a shot of me exiting Jacks: Hit up Fossil Brewing on the backside, then to the house to drink a growler of IPA I picked up in Paonia at Revolution Brewing.  Not too bad for a Tuesday.
Posted by brownie at 6:25 AM 1 comment: