I was a physical mess up through Wednesday.  Recovered enough to go crush myself on the Alpine Loop on Saturday.  Good times.

Mon - 5k  hike with the dog on the flattest route I could find.

Four day weekend, taking the van down to Lake City through Sunday morning, then Salida Sunday and Monday.  I'll finally get to ride the Alpine Loop, $100 will get in some fly fishing and a ride on the Monarch Crest.  The dog will do a lot of napping and hiking.

Posted by brownie at 8:42 PM No comments:

I mean, at least we got to run, right?

Not a bad day on the mountain.  Smoky and hot, but not as bad as it was on Saturday.  Weird at the start for sure, but fitting for 2020.  Disappointing at the finish, with no beer garden and no real chance to see a ton of friends.  But it is what it is, and the run itself was a lot of fun.

Little slower than I wanted to the top, just couldn't get much going from treeline to the top.  Can't complain too much as this was the fitness I had coming into the race.  As the legend-in-his-own-mind Keith G once said, "never let a poor performance stop you from talking shit to your friends," and luckily for me a ton of my friends also had mediocre days and I ended up beating a lot of them.  I stopped to chug a beer with less than a mile to go, without that I may have cracked six hours.  The beer was worth it though as I believe it was approximately 250F coming down Ruxton canyon.  My legs are still wrecked two days after the race, so I ran as hard as I could.

Hopefully next year the new Garden to Peak Challenge (Garden 10 miler, Barr Trail Mountain Race, and Pikes) goes off without a hitch, I'd like to concentrate on that, including the Pikes Double.

I'll try to keep the running fitness around as I have two long ones in October - the rescheduled Salida Marathon and the Cheyenne Mountain 50k. 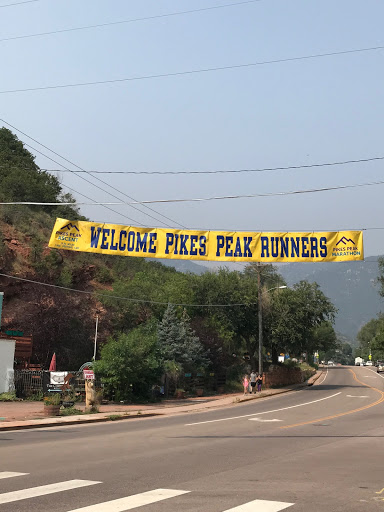 Picked up bib 64 this morning.  You can usually see Pikes from that view above.
Socially distanced shitters this year. 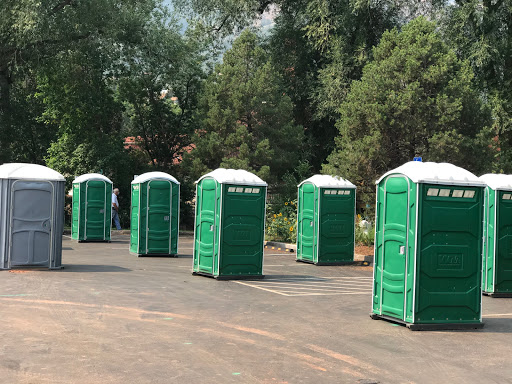 Thurs - bike commute 59.  Ten miles to work, eleven back home.  CityRock 46 at lunch.  Been getting on the wall a lot more (vs. bouldering) lately.

Fri - run commute 50.  Easy four miles to work.  Was almost mauled by a homeless guy's dog over near Benny's.  Yay.

I have a downtown office and could not see Pikes today due to all the smoke.

Posted by brownie at 4:48 PM No comments:

Sun - nice ten miler in the heat of the afternoon, five miles up Barr and back down.  Caught the Joe Johnson show at Pioneer Park in the evening. 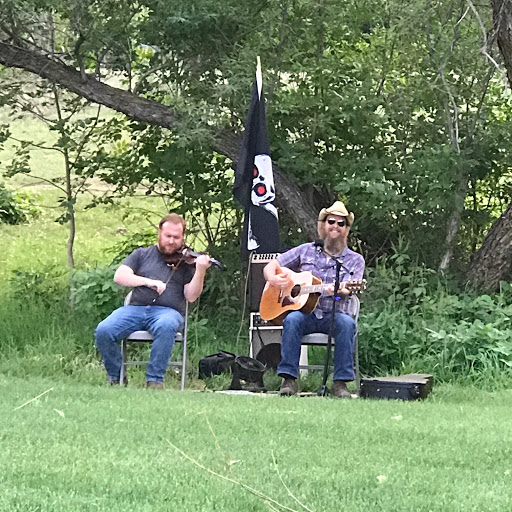 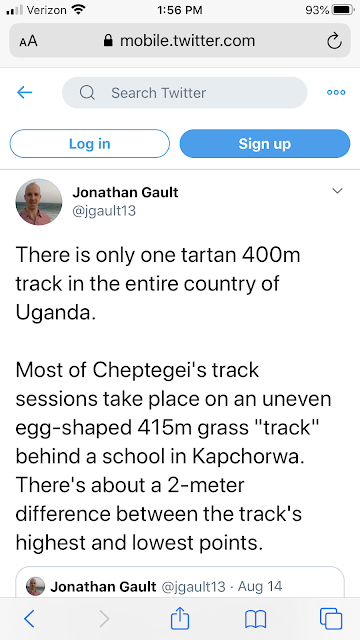 Tues - easy day.  Dog hike and guitar practice in the morning, CityRock 45 at lunch, some trail work in Red Rock Canyon with Medicine Wheel after work.

I have not put in the work for Pikes on Sunday and I will suffer as a result.  I'll be shooting for a sub six, roughly 3:45 up and 2:15 back down.  Could probably still manage a 5:30 had I been a bit more focused on hills and longer distance, but it's too late to worry about that now.

Bagged 14er number 39 for me on Saturday,  Mt. Lindsey.  Hiked with my CityRock buddy Mike and a guy I hiked Sherman with a week earlier at the Pitt climb, Steve.  Awesome route with some solid rock scrambling towards the top.

Drove down Friday evening after work and slept in the van.  Stepped off at 5:15AM.  The hike ended up being 13.8 miles and took just over 7.5 hours.

Hoping to sneak in a weekend down to the Sangres in September for an attempt on number 40. 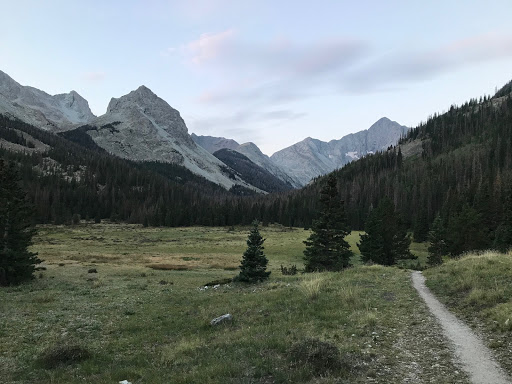 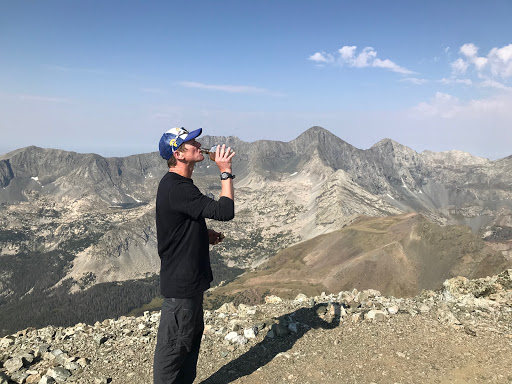 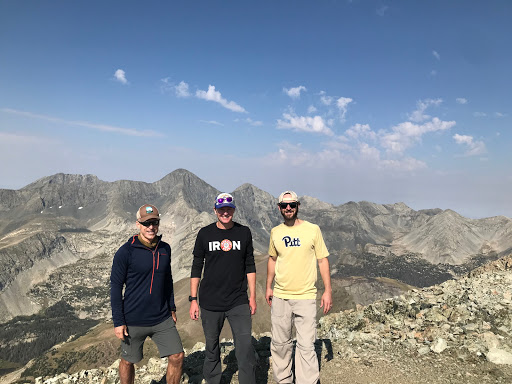 Thurs - nice 7.4 miles to work through Sondermann.  5.8 miles back home.  Pizza and Umphrey's that evening.

Off to the Sangres.  Tackling Lindsey on Saturday.

Posted by brownie at 3:11 PM No comments:

Wed - run commute 47.  Good five miles there, four miles back.  Got to spend a chunk of my day crawling around a big homeless camp next to a landfill transfer station.  Fun.

From the Pitt Sherman hike.  At the bottom: 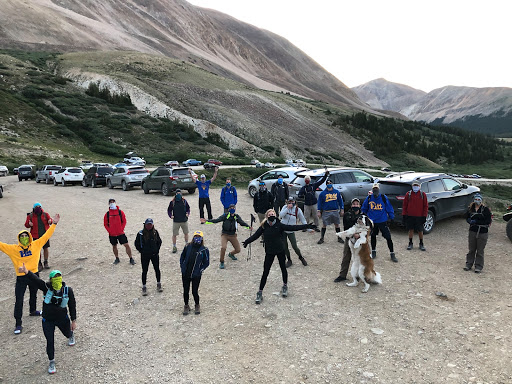 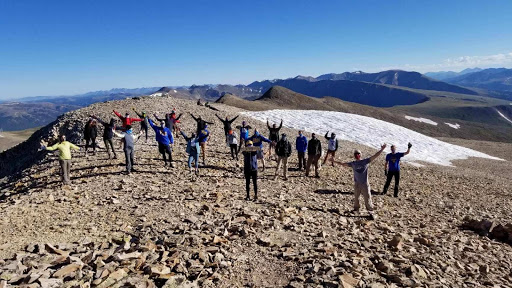 Posted by brownie at 5:23 PM No comments:

Sun - easy evening five miler.  A hangover and Moose watching crushed me.  Did get through almost all of Dishwasher by Pete Jordan.  Awesome book.  My first ever job, at the age of 13, was a dishwasher.  Not surprisingly, that's when I started drinking.

Tues - bike commute 58.  Easy ten miles to work on the COVID loop.  CityRock 43 at lunch.  Really good session, think I'm close to making a breakthrough on the wall.  Good ride home, up Cheyenne Canon and High Drive for the first time in a while, then the Chutes, over to Fossil.  17 miles in two hours.

My cadet got me a killer gift for my b-day.  My first Space Force shirt.  I'm not a trekkie by any means, but I swear this was the same logo used in Star Trek. 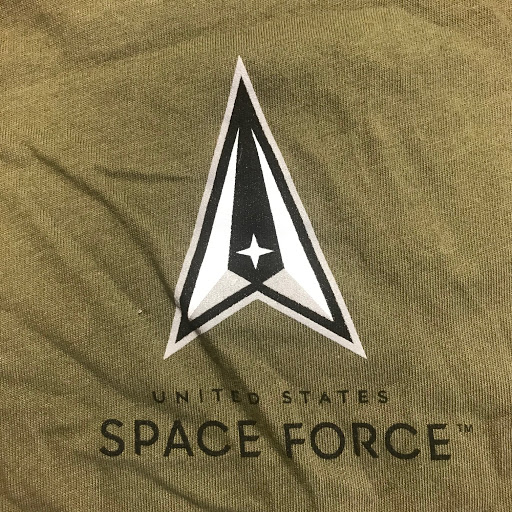 Posted by brownie at 8:14 PM No comments:

Bolted right after work Friday for the Mt. Sherman trailhead.  Quick stop at South Park Brewing for a beer and some eats, then found a pretty sweet place to park the van for the night.  Strummed the guitar for a bit before turning in early. 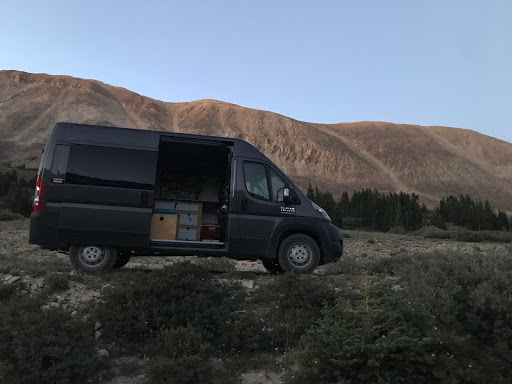 Met the Denver Pitt Club at the start of the hike.  We ended up getting 30 Pitt grads on top of the mountain that day.  I was one of the old farts there so I enjoyed telling stories of the good 'ol days of Zelda's (now a five guys burger place) and CJ Barney's (now a dunkin' donuts) and Peter's Pub (now closed, probably becoming a chain coffee shop).  Sherman is one of the easier 14ers, and with some great weather we made quick work of the hike.  My third summit of that mountain. 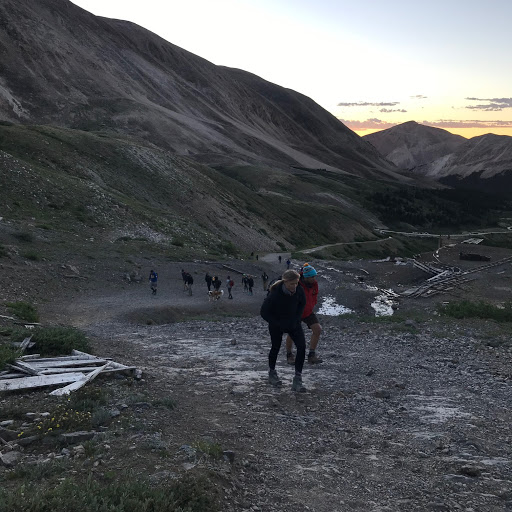 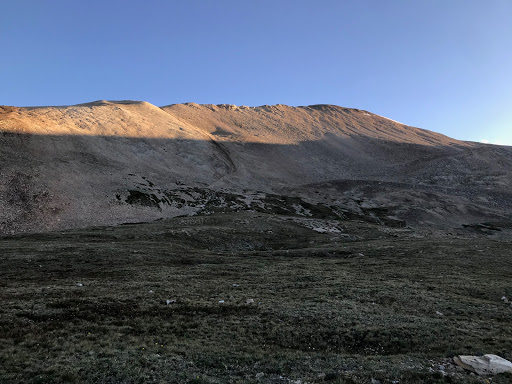 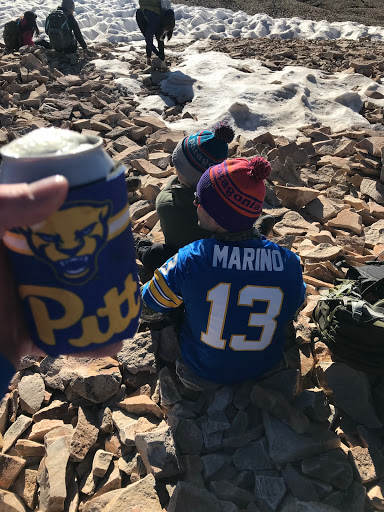 Apparently there are over 1000 Pitt grads in Colorado.  I know of three others in COS.  This was the first Pitt alumni event of any kind since the COVID started, which seems like 100 years ago but I count it from Salida marathon weekend in mid-March.  (Yes, the virus was here much earlier and in hindsight we should have all acted a lot earlier than we did, but mid-March was when most people realized shit was going to get shitty for a while).
Had to get back to the house after the hike as we were Moose-sitting and he is a lot for $100 to handle on her own.  Spent a lot of time this weekend at the dog park. 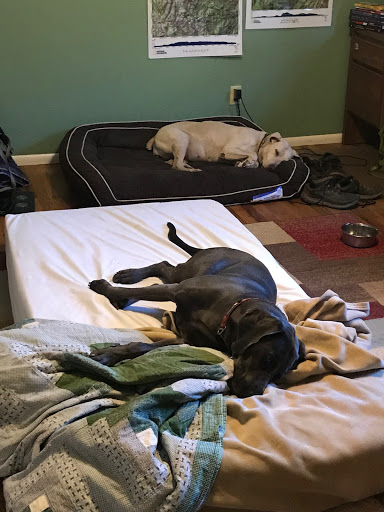 Lot going on this week so the workouts suffered.

Annual Jerry Garcia hash on Monday was a blast.  Had a buddy from El Paso up for that.  Made for a hungover and lazy Tuesday.

Did get a run commute in on Wednesday.  Solid effort on the way to work.

Bike commute 57 on Thursday.  That evening we took the dogs (we're currently watching Moose) over to a local park for a socially distanced blues show.

Headed out to Mt. Sherman for the annual Pitt 14er hike after work.

Signed up for the Cheyenne Mountain 50k.  Should probably start putting in some work for that.

Friday - bike commute 56, then I rode my bike over to the base of the incline for a quick up and down.  Then biked back to Fossil.
Sat - nice twelve miler through Red Rock Canyon and Section 16.  Hit the hash Saturday afternoon.
Decent week.
run - 43 miles, eight hours
ride - 69 miles, 6.5 hours
hike - 17 miles, 6.5 hours
Sun - a bunch of biking.  Did the COVID loop in the AM, then biked over to Red Leg that afternoon.  Joe Johnson show up in Pioneer Park Sunday evening.
Posted by brownie at 2:30 PM No comments: