Not a bad month for the off-season.

166 miles running.  Low but I'm definitely getting more quality efforts in.  And I think I'll possibly bust a decent 5k sooner or later.  1693 miles on the year, right on pace for my 2000 mile goal.

54 miles hiking.  65 trips to CityRock and 21 to Accolade on the year.  Definitely starting to feel the benefits of not spending every waking moment running and hitting the gym from time to time.
Posted by brownie at 8:05 PM No comments:

A few of us biked over to Ute Valley Park on Sunday and handed out beers with about half a mile to go to the end of Fall Series III.  Think it was over 70F.  Tonight on my run home it was below 30F and it is about to start snowing.
Posted by brownie at 7:49 PM No comments:

After the race we got to hit up the Manitou Coffin Races.  Pitt won.  Got to have a few drinks with Becca and Andy.  PSU lost.  Great Saturday! 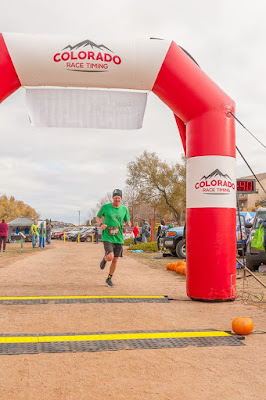 Posted by brownie at 7:19 AM No comments:

Juju Smith-Schuster is now tied for my favorite Pittsburgh Steeler (with former Pitt guy James Conner).  Dude is in the NFL but doesn't drive.  Bikes everywhere.  Then his bike got stolen, so he had chose to walk to practice.  Luckily, someone found the bike.  Read about it here.  The bike is a Ghost Square Cross 5 that is currently less than $700 at REI, though when it isn't on sale it's almost a grand.  It's hard to tell exactly how much a player makes, but he earns at least just north of one million per year. 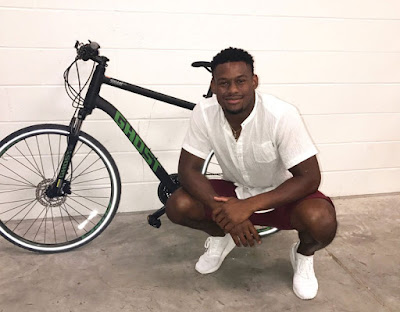 Five miles to work, eleven miles home on the Mariachi.  Good CityRock workout during the day.  2.7 mile night hike with the dog in Red Rock Canyon.  Good day.
Posted by brownie at 9:15 PM No comments:

Slowly starting to emerge from the crud I had been dealing with since Thursday.  Was prepared to take down all of Alex's local KOM's, but then this guy got in my way: 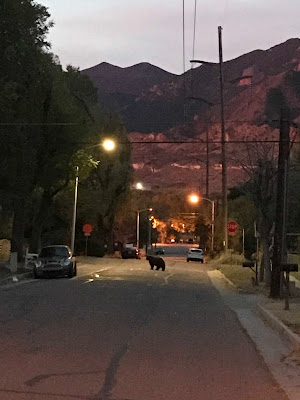 On Sunday afternoon our library hosted a talk by Kevin Fedarko, author of one of my favorite books ever - The Emerald Mile.  Great talk and it really lit a fire for me to get back to the Grand Canyon. 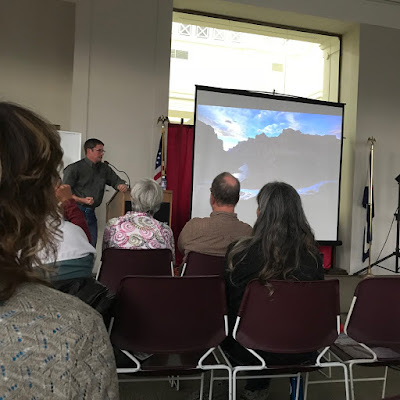 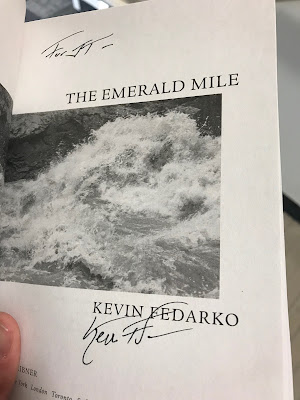 It's been a rough week and after 2.5 miles of the Cheyenne Mountain Run I had nothing left in the tank.  Walked most of the second half of the climb, only jogging when I saw Tim taking pics, and I even walked a good chunk of the downhill.  Nothing wrong, just didn't feel like running.  Yet it was still great to get outside on a great trail with a bunch of friends. 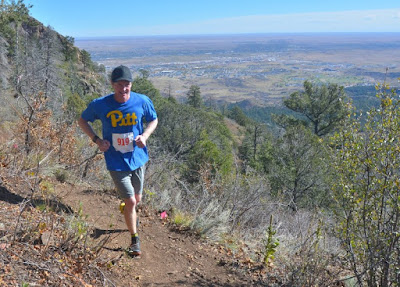 Not a good week, but at least I'm trying to get out there and enjoy the late spring weather.

Tues - bike commute 68.  Five miles to the office, four miles home.  Grabbed the dog and the van and headed down to Canon City for the evening, night outside 22.

Wednesday - nice 5k hike on some of the new trails near the Royal Gorge.  Definitely worth checking out.  Got in 26 miles on the Lorax once back in the Springs.  That evening, $100 was having book  wine club at the house, women only, so I hit Red Leg before heading over to Fossil.

Thursday - another day off.  Got in a five mile run in Red Rock Canyon, then took the fat bike back there for a dozen miles.  Very rough day in the Springs running community as word of Mike Safari's death shook us all.

Friday - nice morning hike with the dog.  We saw a bear!  Then I rode five miles to CityRock.  Liquid lunch at the new Oskar Blues restaurant.
Posted by brownie at 4:23 PM No comments:

Sunday was spent nursing a hangover as well.  Did get in 7.5 easy miles on the Garden trails, a good hike with the dog, Accolade number 20, and an hour of hot yoga.
Posted by brownie at 8:34 AM No comments:

Thurs PM - Had an early work function so nothing in the morning.  Which was OK, because the afternoon weather was fantastic and I'm glad I got out early.  The dog and I had a great 5.7 mile run around the Section 16 loop, and then I took the Lorax out for an hour on the Legacy Loop.

Fri AM - 5k hike with the dog in the Garden, followed by a gym session at Accolade.

Big beer news for Colorado as Surly announced they will be distributing here! 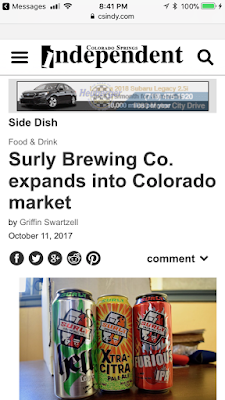 Posted by brownie at 8:59 AM No comments:

AM - Quick 5.6 miles on the Mariachi through Sonderman to CityRock.  I found $1 on the trail!  Score!  But I later gave it to a homeless dude.  Yes, he probably bought alcohol with it.

PM - Fieldhouse to Fossil via Bear Creek and Red Rock Canyon, 12.4 miles.  Great ride.
Posted by brownie at 10:55 AM No comments:

It was 26F at 5AM when the dog and I went for our walk.  Where the hell did summer go?

Hadn't been on a bike since before the Zion/Vegas trip, felt like forever.  Just rode five miles to CityRock since it was so damn cold.

This, from the Gazette today.  Don't Boulder my Springs! 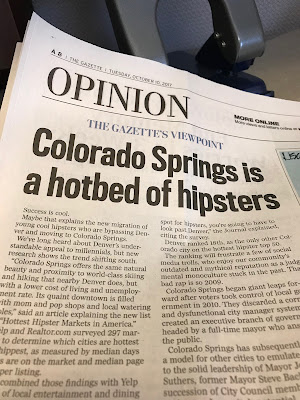 Posted by brownie at 7:09 PM No comments:

Sunday AM - nice early morning 90 minute hike in Stratton Open Space with $100 and the dogs.  Followed by ten miles on the Garden roads, 1:25.

Sunday PM - one last hike with the three dogs.  Went and did Iron Mountain.  Meesha and Moose definitely had fun during their stay, but their evil mother came and picked them up after the hike. 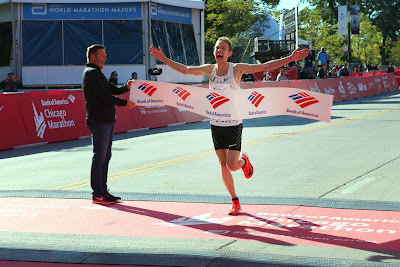 This gal had a pretty decent race as well.  For some reason I can't find any Chicago pics of her on the interwebs yet. 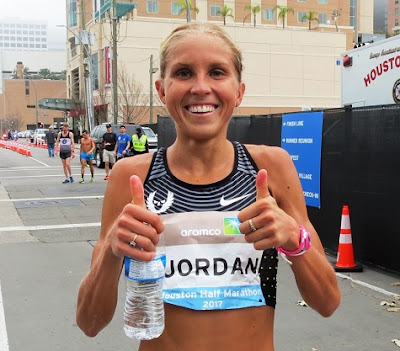 Not quite what I was expecting at the Venetucci Pumpkin 5k this morning.  But I have a good excuse.  Someone wiped some marks off the course, so I spent a good chunk of change being lost.  Ran an extra quarter mile, stood around a bit, then ran back to catch the pack.  Guessing I would have been right at 19:59 without the mishap.

In the scene wasn't messed up enough, as I caught back up with the pack, a goat jumped out of the bushes and started running with us.  He was having a blast.  He ran a good quarter mile with me before stopping to eat some leaves.

Good effort, so I'm happy with the day.  Hope to redeem myself with a sub 20 at the Tiger Classic next Saturday. 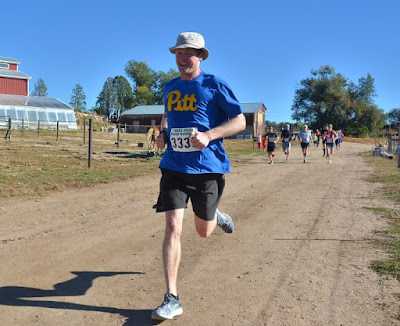 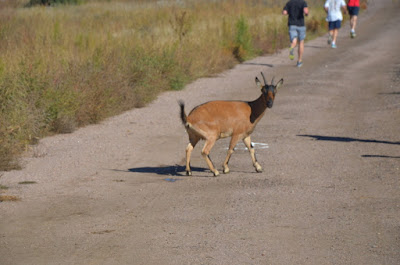 So some shit went down while we were in Vegas.  We were drunk and not paying attention to the time, but we were either at the Double Down (two miles from the Mandalay Bay, which sounds close, but we were not in danger) or in a cab back to Fremont Street when the shooting happened.  I heard about a shooting back on Fremont, but didn't think much of it at the time.  Much later a beep on my phone woke me up at 2:30AM and I saw I had a bunch of text messages asking if we were all OK.  Then I found out the extent of what happened.  I went down to Fremont Street (at least six miles away from the Mandalay Bay) at that time, and there were two cops on every single corner, every one carrying either a shotgun or the cop version of the M-4.

And if that didn't cast a shadow on the trip, Tom Petty died the next day.  Sheesh.  Other than that, Mrs. Lincoln, how was the show?  It was somewhat creepy on our way to the airport though, when we passed the Mandalay you could see the window that had been smashed out.

I'll get some pics up soon.  Had a blast in Zion and in Vegas.  Happy five year anniversary to $100!

Going to try to get some regularity with the workouts going again, I've been somewhat undisciplined since Pikes.  Ran to/from work on Thursday, seven miles total.  We currently have three dogs so there was a good Garden hike super early on Friday, followed by a quick trip to Accolade before work.

Have a 5k tomorrow down at the Venetucci pumpkin farm.  Not expecting much but I hope to break 20.  A good start point to get back into 5k shape.

Forgot to mention I did my first road hundo down at Bikes & Brews in Canon City two weeks ago.  Eight hours.  Good stuff. 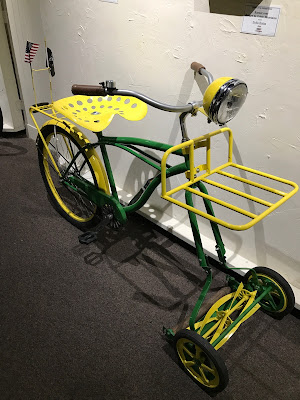 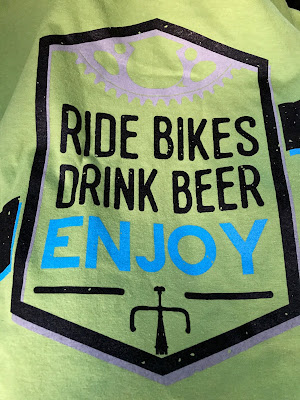 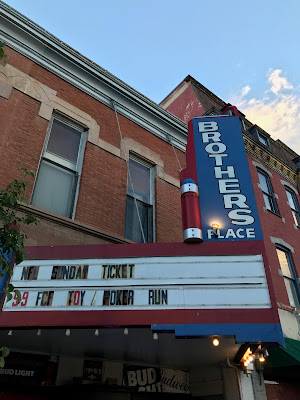 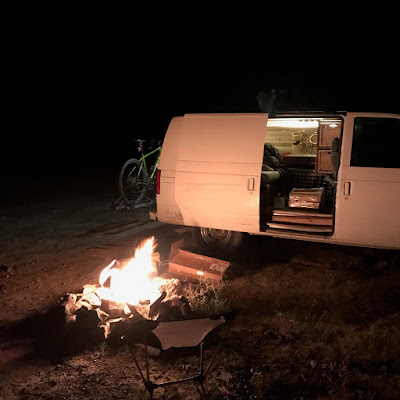 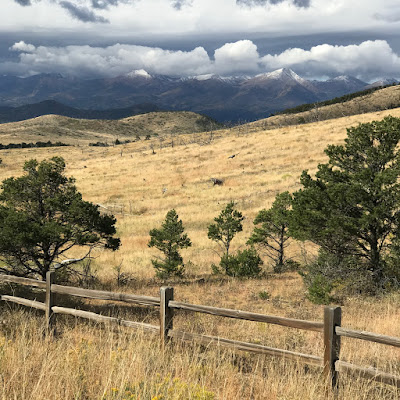 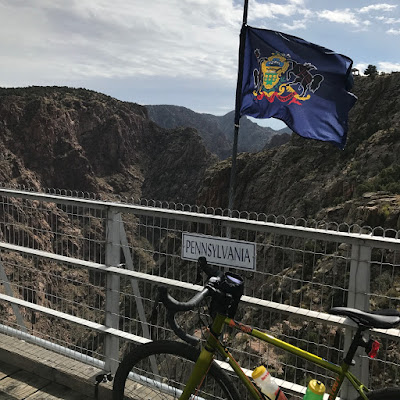 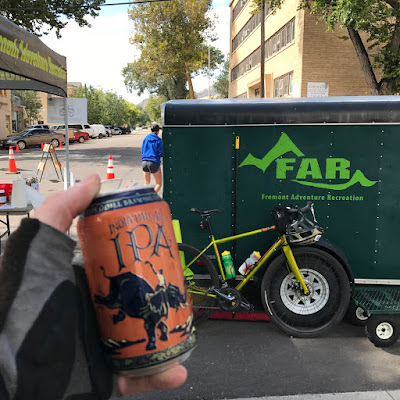 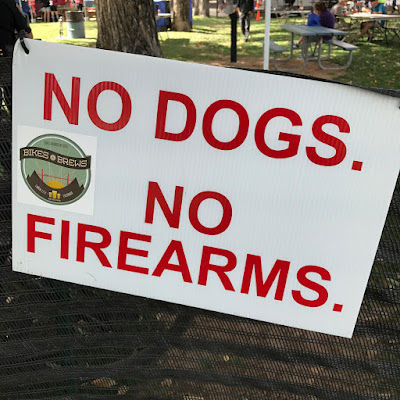 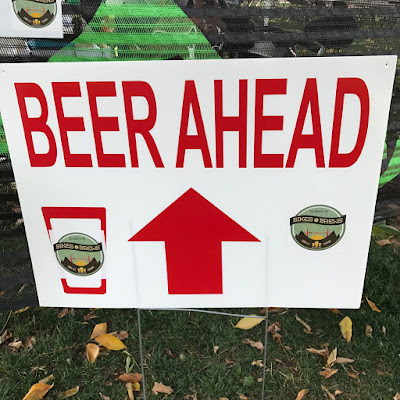 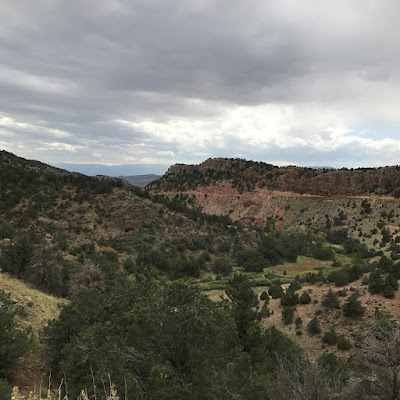