Six years ago $100 and I got hitched.  We still love watching the highlights of that roadtrip.

Couple 'o hours in Red Rock Canyon after work.  Still getting used to using all that climbing equipment, but I'm improving.

And I finally figured out how to coil a rope the cool way. 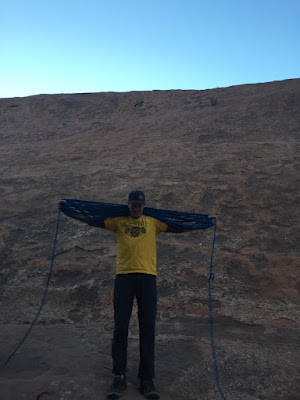 Posted by brownie at 6:55 AM No comments:

Mon - 2.6 mile dog hike, followed by the quickest bike route to and from work.  Super productive considering how hung over I was from the Canon pub crawl and Taste of OCC on Sunday.

Tues - run commute 47.  Went pretty hard on the way to work, then did some leg blasters, quadzillas, and chassis integrity stuff at CityRock over lunch.  Legs were pretty fried, so the run home was pretty slow.

This is the sign at Holmes Middle School, where I sometimes venture to run around the cinder track.  Are schools even trying anymore? 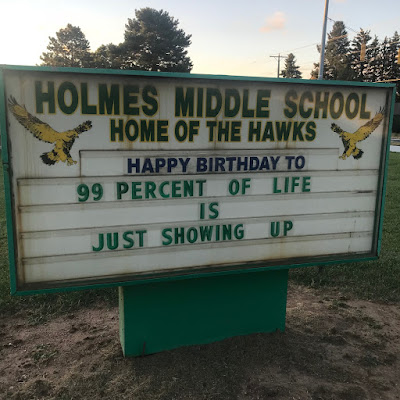 Posted by brownie at 3:58 PM No comments:

Went down to Canon City for FAR's Royal 50 mountain bike race on Saturday.  I rode about as hard as I could and feel like I had a good ride, but looking at the standings I finished 35th out of 38, including two women I passed in the last ten miles or so (one of whom I had to go all out on the last climb to hold off).  Finished in 6:42, well under the cutoff of eight hours.  With any running race I can just show up and there are guaranteed to be a ton of slow people, but that's not the case with a MTB race.  Or maybe that is the case, and I'm just one of the slow people.

And the section back to the Canon pubs, including Skyline Drive, which I rode to get in 100k:

After the race we ($100 and some Austin friends of mine) toured some of the finer pubs of Canon.  My Brothers Place, Lala's, McClure's.  We stayed the night down there, and on Sunday morning I took the dog for a 5K hike along the riverwalk.  Such a great town.  Looking forward to getting back to Canon more often now that the weather is cooling off a bit.
Posted by brownie at 10:48 AM 2 comments:

Mon - 2.3 mile dog hike followed by run commute 44.  Not sure if I ever mentioned this but my dog hikes are done with a 40 pound weight vest. 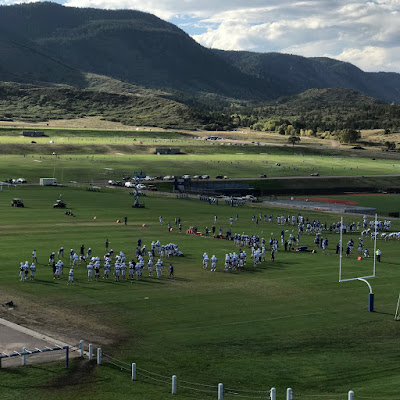 Took our cadet some supper. 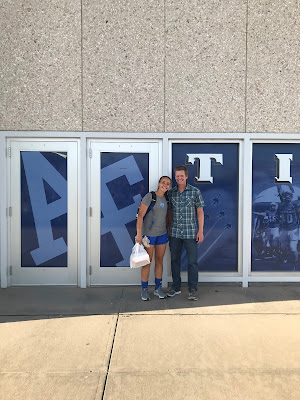 And then sat through a very boring two hour meeting.  Did manage to score some sweet USAF coasters though, which I immediately took to Red Leg to try out.  The AF is very serious about stopping the sexual assault issues at the Academy, because it looks terribly bad when the daily headline of the Gazette spills your secrets.  I doubt the issues at the Academy are any better or worse than any other college (except Pitt, which is perfect) but the PR folks up north definitely work a lot of overtime. 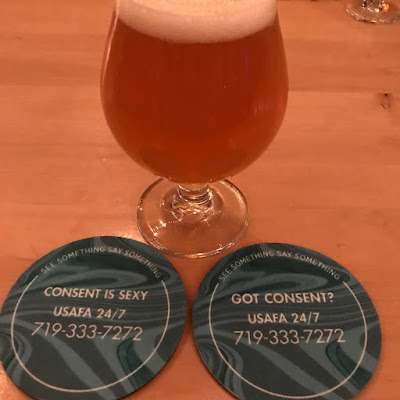 Wed - run commute 45.  5.5 miles with most of those miles sub eight, which is a good effort for me given terrain and traffic on this route.
Posted by brownie at 1:56 PM No comments:

On Friday after running into a bear I headed up to Red Rocks for a night of my favorite band. Gov't Mule.  A quick set from Warren, a long set of Mule, and a super long set of Mule doing Pink Floyd.  Incredible performance.  We now have a shuttle that runs from COS to Red Rocks and let me tell you it's the best feeling ever not to have to worry about driving home after RR shows. 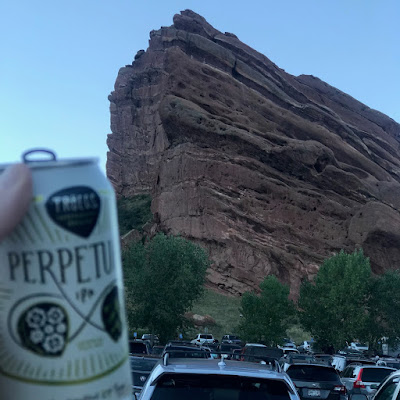 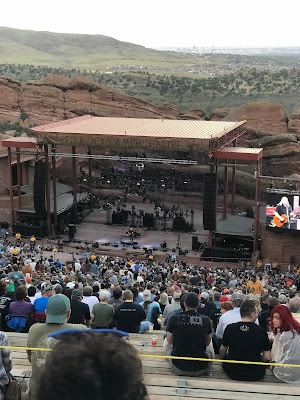 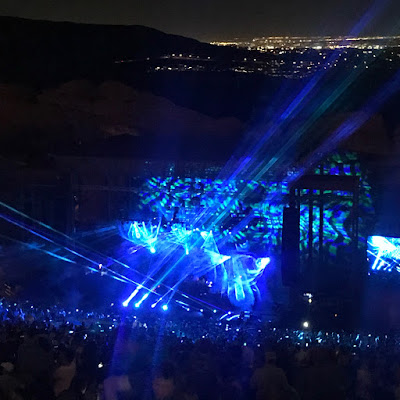 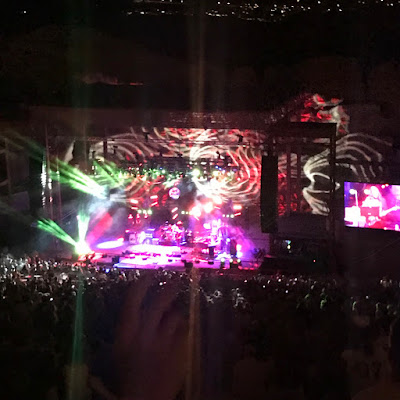 We were watching our other dog, Moose, this weekend.  So early Saturday morning $100 and I took them for a long hike in Sondermann Park.  Holly is over ten years old now and naps a lot.  Moose is two and doesn't sleep at all, but after our hike that changed for a few hours. 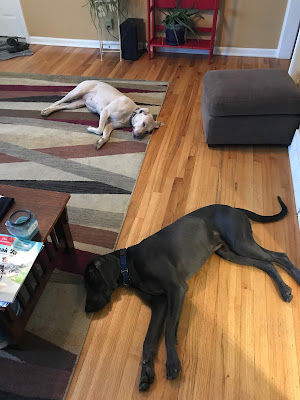 Then I was off to the Garden for some climbing.  Had a blast, though I still suck at this climbing thing.  Did make it up Cowboy Boot Crack since there was a top rope and I didn't have to place any protection.  Had a great afternoon playing around in my backyard park. 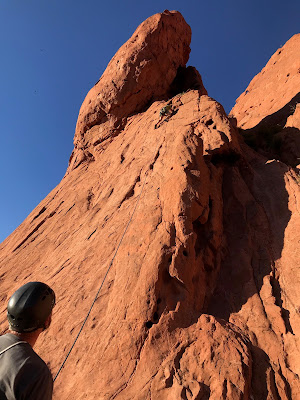 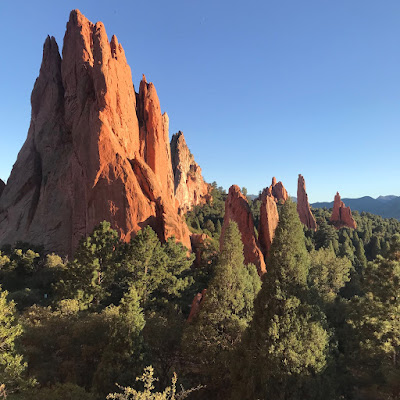 After climbing $100, Nacheaux, and I headed over to Front Range BBQ to see Chauncy Crandall.  Then we stopped by another pub to catch the Tejon Street Corner Thieves.  Two back to back very late nights for this old man! 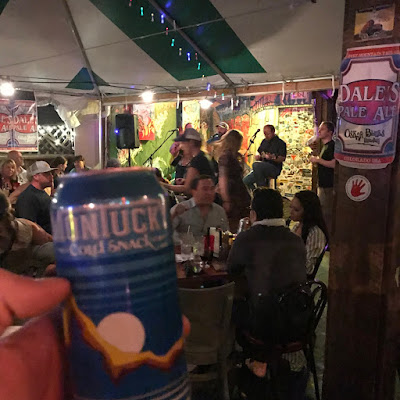 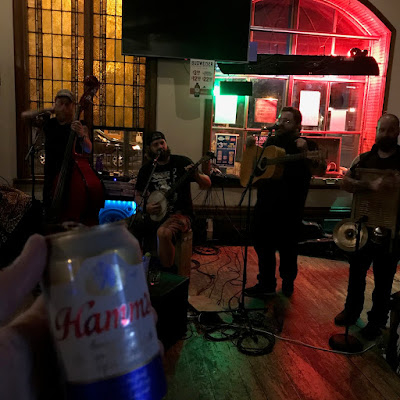 On Sunday, perhaps inspired by the new marathon world record, I went up to the track for some 400m repeats.  Just did not feel like running long, but the hard effort was good for me.  Then it was up to the Air Force Academy for a soccer game.  Our cadet is a goalie, though she currently just rides the pine behind the current senior keeper.  I know nothing about soccer, so we watched a bunch of chicks kick a ball around without kicking it into the goal, and AF tied Gonzaga 0-0.  After two overtimes. 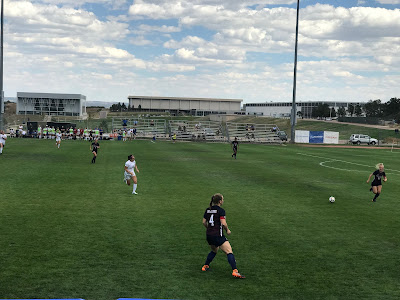 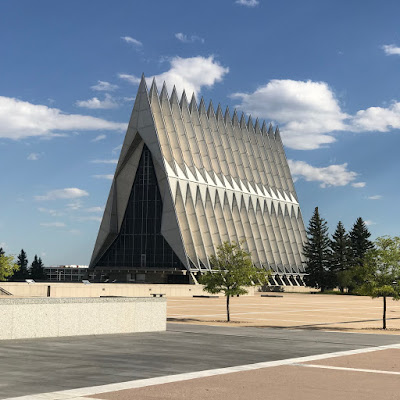 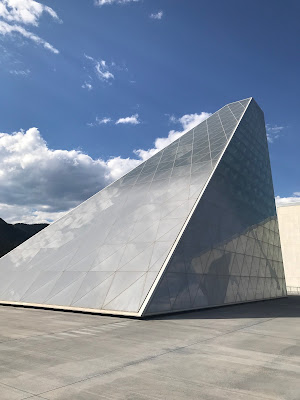 I feel like I crammed a month's worth of stereotypical Colorado stuff into this three day weekend.  Good times!
Posted by brownie at 11:29 AM No comments:

Wed - bike commute 42, CityRock 103.  The afternoon ride was a 15 miler with a chunk of that in Ute Valley Park.  My tech skills on the bike are shittier than usual right now, not boding well for the upcoming Royal 50.  Ended at Red Leg to see an old buddy of mine from San Antonio and we drank way too many beers.

Thurs - nothing all day due to a hangover.  Did manage to squeak in a lousy four miler in the Garden in the evening.

Fri - 5k dog hike.  Then 15 miles to Barr Camp and back.  Time was a little slow due to this guy blocking the trail at Bob's. 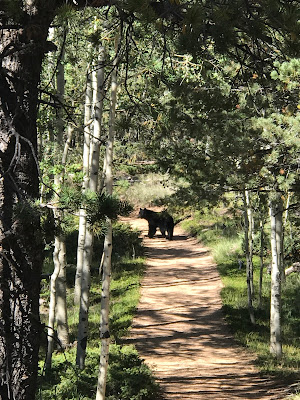 Posted by brownie at 2:23 PM No comments:

After the Incline on Friday some friends showed up to mooch free booze, and then we all went over to Trails End for Woodshed Red.  Love that band, though it says a lot about the local COS music scene that the most popular band in town in a cover band.  Had a great time and especially enjoyed the $5 pints of Blood Orange IPA from Deuces Wild. 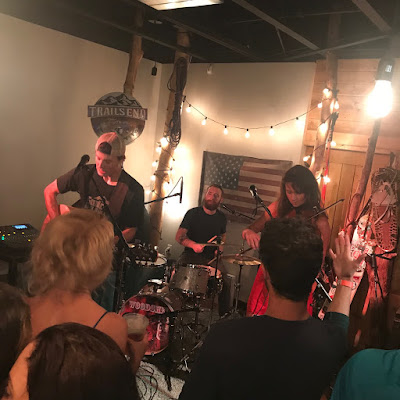 On Saturday I got up to Rampart Res for a loop.  Started as a run, turned to a run/hike, and became just a hike the last two miles.  Capped off my second consecutive 40 mile week though.

About the worst weekend ever for Pittsburgh football as Pitt got destroyed by PSU on Saturday night and then the Steelers tied the damn cleveland brownies.

Also hit Patty Jewitt Porchfest on Sunday, had a fantastic time over there.  Probably need to give my liver a bit of a break after this weekend.
Posted by brownie at 11:19 AM No comments:

Third consecutive Friday incline.  Was in a hurry to get this done as the Woodshed Red show was beckoning, and it was my quickest incline in a long time.  31:20.  Came straight back down.

Big milestone as I had a great climb over lunch today.

Cancelled my accolade membership this morning.  Was always a pain in the ass trying to schedule time to get to that gym.  And after most workouts there all I would think was, "I would have gotten a better workout by climbing."
Posted by brownie at 2:10 PM No comments:

Incline on Friday after work.

On Saturday I did a quick run in the Garden followed by a longer ride over in Cheyenne Canon.

Back in time to watch Pitt crush Albany.  So happy college football is back!

Then we got to meet our AF cadet.  We had her and her family over for supper. 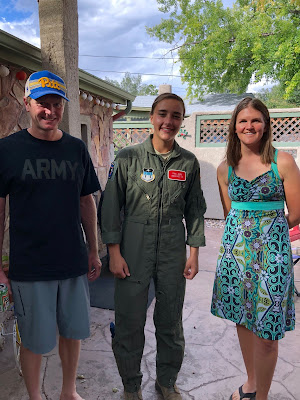 Early Sunday we left for Estes Park.  Had hoped to visit Rocky Mountain NP but hot damn was that place packed.  So we bailed and hit up two new breweries (for me) in EP, Lumpy Ridge and Rock Cut.

Sunday afternoon we got to Fort Collins and $100 got her new bike, a New Belgium Cruiser.  We immediately broker her in with a pub crawl.  O'Dell's, Equinox, Town Pump, Road 34.  Plus some brews at a friends house.  Despite the late night I still ended up running fairly well at the Fortitude 10k on Monday (see below). 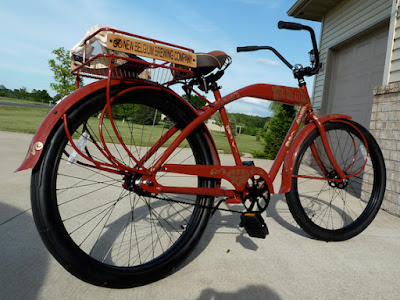 Tuesday - nada.  Drove to work, did not work out at lunch, ate a ton of junk food.  Hangovers suck.

Despite late nights on Saturday and Sunday the Fortitude 10k went as well as I could hope.  40:52.  Would have been nice to slip a sub 40 in but I ran as hard as I could so I'm pretty happy.  Really struggled the second half and a few times I thought about giving up but I held it together.  Also chugged a mimosa about half a mile into the race.

Good enough for 171st place overall.  And I beat nine other runners from the A wave.  Although for a full minute, until the AB wave started, I was in dead last place.

Trying to fire up the Friday night incline once again (did it last Friday as well).  Got over there after work for a nice trip up the hill.  Took my sweet time as strava reports 42:13 from first step to last.
Posted by brownie at 6:36 AM 1 comment: