I've been trying to throw some quality-ish stuff into my morning run commutes.  Don't usually decide until I'm on my way out the door on what I'm going to do - be it mile repeats or a longer tempo effort.  And of course doing that workout while listening to music, which lately has been the Phish baker's dozen run.  So my morning workout on Wednesday was all about night number four.  Scanned the setlist and the workout fell into place.

Yup, the boys pulled out a half hour Lawn Boy and I ran roughly 4.5 miles during it.

Easy four miles home.  Usually do some kind of shorter intervals but it was raining comically so I just jogged. 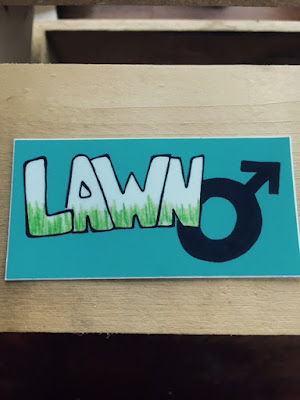 Bit behind on the posting.  Been battling a weird, non-running related cankle failure.  Running when I can, including a 3/1 from the summit of Pikes on Saturday.  Dog and $100 ran a 2/1. 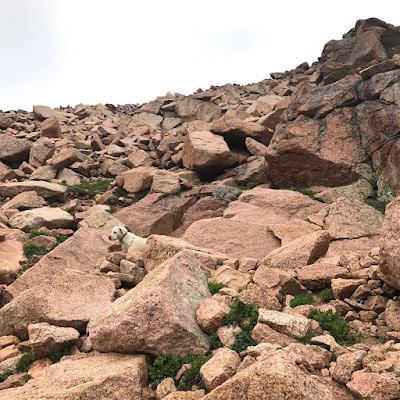 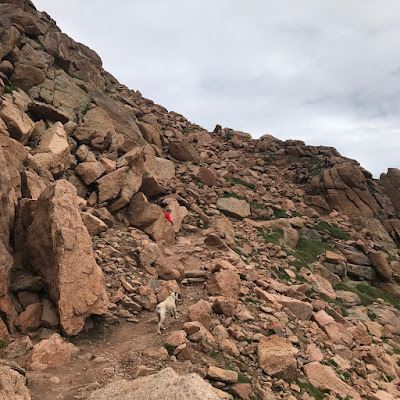 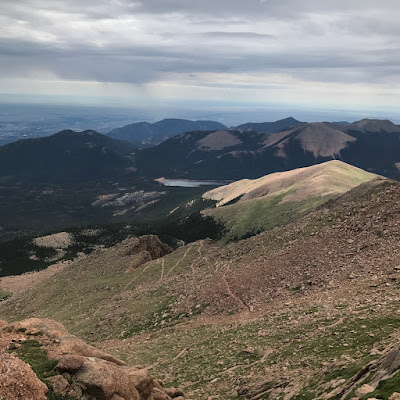 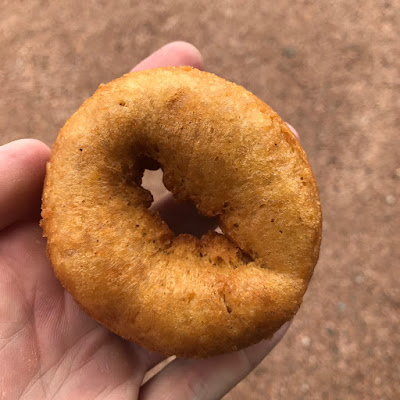 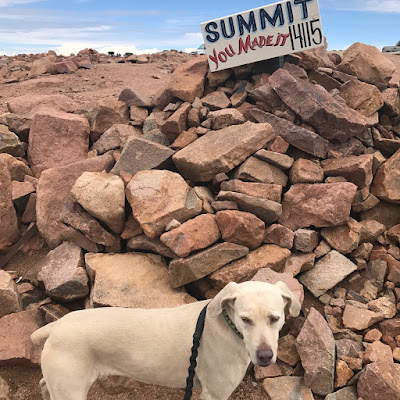 Had some friends visiting from Houston on Saturday night, so before we drank too much we took them on a dog lead tour of Red Rock Canyon. 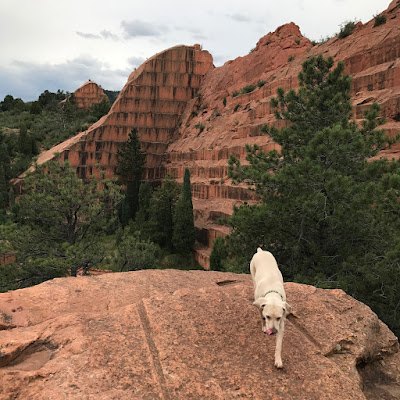 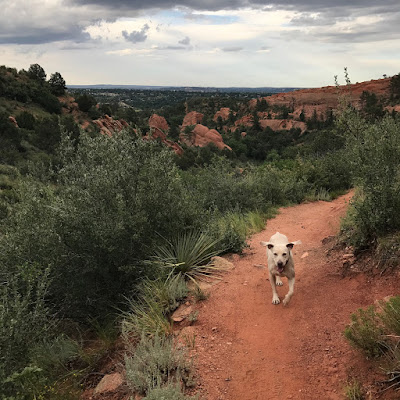 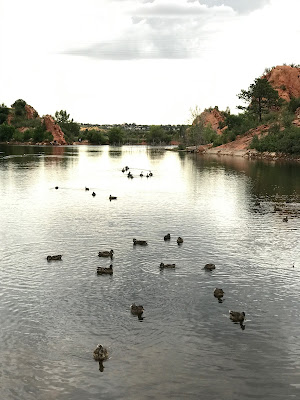 Got in incline number 30 on Monday night.  Solid effort.  Listened to night number four of the Phish MSG residency.

Tuesday morning it was a 45 minute dog walk followed by a good session at the rock gym.
Posted by brownie at 8:32 AM No comments:

Good workout at the rock gym this morning, to go along with the bike commute.

Working to get caught up on my concert resolution.  Still one Mule show and one Phish show behind.  Phish played at Pitt last night so I'm pretty excited to listen to that one.  My brother was backstage working as the EMT.  Phish starts their 13 night run at the Garden on Friday (I'm going to couch tour that first show).  Mule goes back on tour the 29th of this month.

In other music news we got word that fellow PA guys G Love & Special Sauce will be playing the Black Sheep right before $100 and I leave for Zion/Vegas!

Posted by brownie at 3:59 PM No comments:

Then $100 and I biked over to Manitou Brewing to say adios to Paul D, the founder of CRUD, who is moving to Montana.  Great dude, he will be missed.
Posted by brownie at 12:22 PM 6 comments:

Great night at Red Rocks for Leftover Salmon and Railroad Earth.  Was also supposed to see Keller and the Keels, but due to traffic we got to our seats just as they were exiting the stage.  Salmon and RRE both played a full set and both bands crushed it, one of my favorite Red Rocks shows ever (yes I realize I say this about every show I see there)! 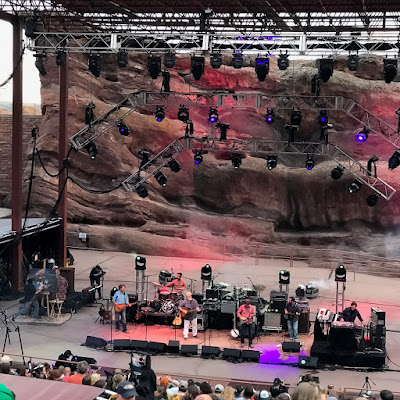 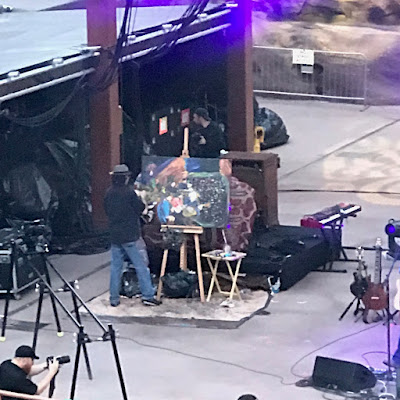 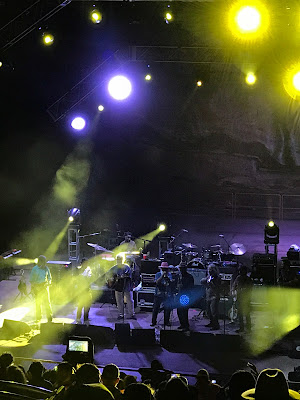 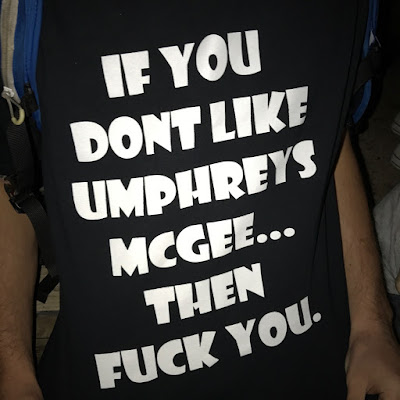 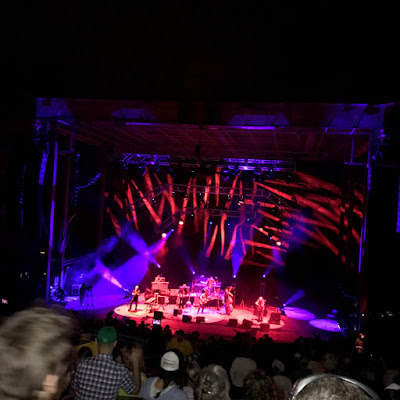 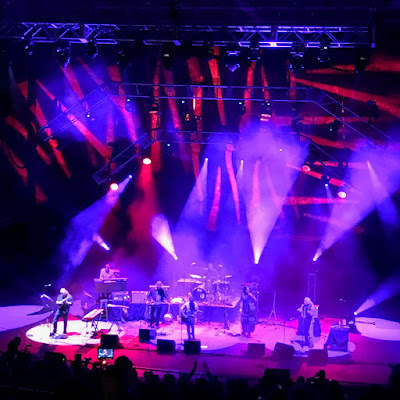 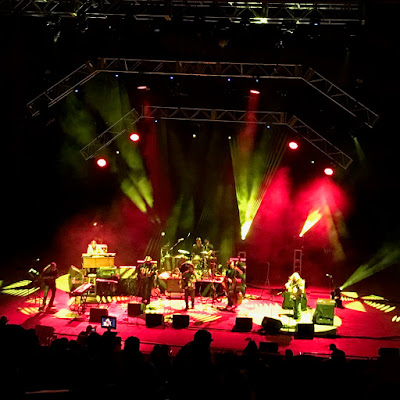 Not only did I stink up the joint at BTMR, but the race caused my body to fall apart.  Hot mess both Sunday and Monday.
Posted by brownie at 9:00 AM 1 comment:

Not a good day on the mountain.  I just couldn't find the top two or three gears I seemed to have the past few races I've done.  Spent the entire uphill feeling like I was on the verge of blowing up, even though I wasn't going that fast.  Completely gave up on the downhill.  Guess I was due for a shitty race.  Better today than in August.

Was hoping for 2:15ish.  Could have got that even with a disappointing 1:25 to Barr Camp.  But my down was over 56 minutes.  Crikey.  2:21 for the race.  Just didn't have it.  Hard effort for piss poor results on the way up, just goofing off for terrible results on the way down.

Pics stolen from Pikes Peak Sports.  I think Tim Bergsten descended faster than I did even though he was stoping to take pics of every runner. 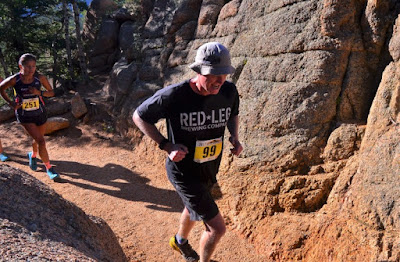 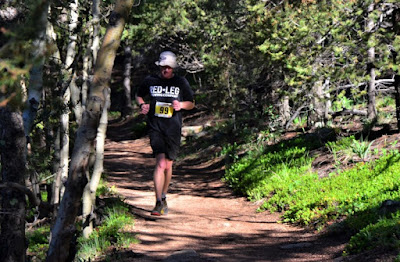 Day off from work.  Awesome four mile hike with the dog in the morning, followed by 2.5 hours on the Lorax.

Becca H is down at our house for a few nights.  We had planned to do the Incline on Thursday evening but the weather was terrible.  So we all went to Manitou Brewing Company instead.  Then drank some whiskey back at the house.  We did get up early on Friday for a quick dog jog on the Garden trails, followed by breakfast at King's Chef.

Working my way through the Mule shows.  They dumped all of their European shows online at once, so I'm a bit behind.  Made it through Bilbao, Antwerp, Luxembourg, and Grolloo over the past few runs/rides.  Need to get caught up soon as Phish goes back on tour in a few days!  So much music, so little time.

Dog had her annual checkup on Thursday afternoon.  Everything good.  Vet is very psyched about her upcoming thru-hike of the Colorado trail and gave her the thumbs up for that.  Dog has a love/hate relationship with the vet.  Hates going, but loves that she gets constant treats while she is there. 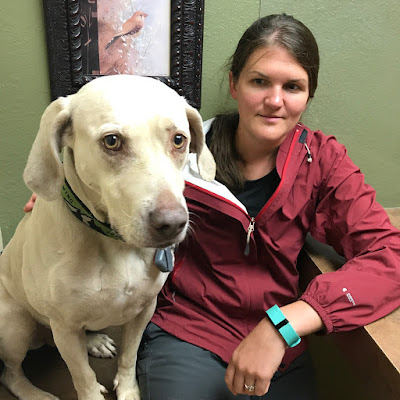 Six miles to work, four miles home.  Good session at the gym over lunch.  Slacked off after San Juan, hope to get back into a routine until Pikes.  One more month.
Posted by brownie at 6:17 PM 1 comment:

Boom.  Hit my goal of 50 bike commutes this year.  Quick stop at the rock gym on the way to work.  Up Cheyenne Canon on the way home.  Larry's first trip up the Canon.  Amazing how much faster the skinny tires are.

Some pics from Chase the Moon: 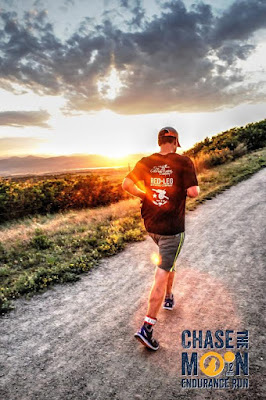 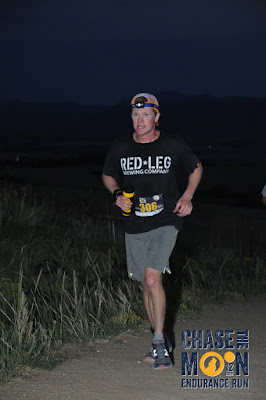 Posted by brownie at 8:56 PM No comments:

Also got in a nice 14 mile loop around town on Larry.  Trying to ride that bike as much as possible the first month before taking her in for the free tune up.
Posted by brownie at 6:25 AM No comments:

Went up to the tiny mountain hamlet of Highlands Ranch on Friday afternoon.  It's actually a gross suburb of Denver, but they have an amazing patch of land in the middle with some pretty cool trails.  $100, my sister, and I were on a team for the twelve hour Chase The Moon run.  I ran the first two laps, totaling 20.6 miles.  I was immediately suffering from a post-vacation hangover so while this was a good long run, it was nothing special.  I would get in another seven miles early on Saturday before the event timed out.  Great event, but it reminded me how much I hate staying up all night.

Sunday was the Summer Roundup.  Felt terrible warming up, but I had a really great race for me, running hard from the gun.  The course had changed (again), so I gave up on my original 52 minute goal, but I damn near got it anyways, running 52:49.  The race has you run three loops, probably about 2.25 miles each, and I went 16:36, 16:11, and 16:17.  That third loop would have been faster but by this point  you start lapping lots of runners and you have to run in and out of them.  It's a difficult race as the hills really hurt you.  Fastest mile for me was 6:15, slowest was 7:41.  Thought the 7:41 was going to cause my heart to explode.

My buddy Dominic from Boston was working the timing mat at the beginning of the loop.  The first loop I went into a tirade about how Boston sucks.  The second loop I could only manage a quick "Boston sucks, dude" and the third loop I could only throw the middle finger at him.  So I was running pretty hard. 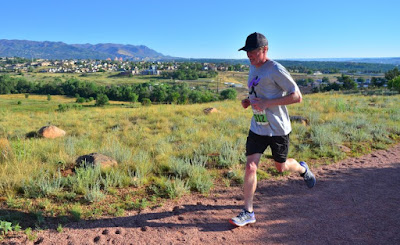 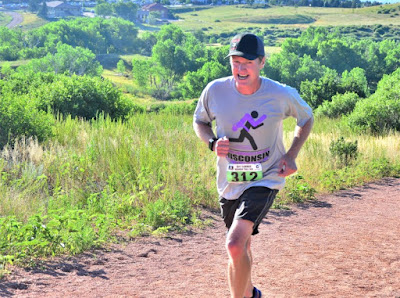 Meet Larry.  My brand spankin' new Advocate Lorax.  Picked her up yesterday after work and rode ten miles down to Red Leg. 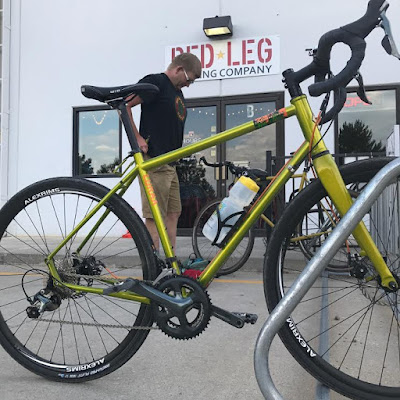 And rode her again this morning to work. 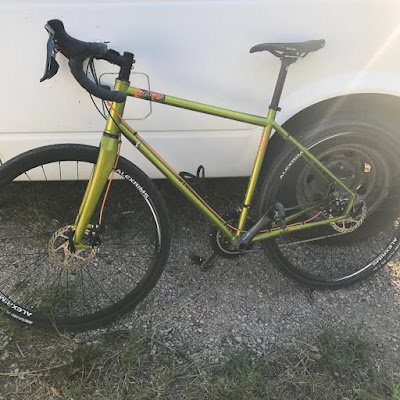 She is named after Larry Fahringer, my 4th grade teacher.  Dude rode a bike all the time, including to work during all kinds of crazy Pennsylvania weather.  In 4th grade all we could say was, "why would you ride a bike when you are allowed to drive a car?," but he was definitely the guy who planted a seed about not needing to use a car for everything.  He also told lots of stories from his Army days during class, so in hindsight this guy seems to have had quite the impression on a young jt.  My dad always called him Indy Fahringer after Indiana Jones and we talked about Indy long after he was gone.  The first "adventure-y" guy I ever came across.  And this bike for some reason reminded me of him, hence the name.
Posted by brownie at 1:18 PM No comments:

Well, we did it.  Tried something new.  Lots of fun, but it's definitely more an event for the crossfit or obstacle racer types.  There were 15 or so teams, everyone ran once.  We were in the beer garden when they announced the results so we have no idea where we finished.  I heard the winning team went 1:06, so I would guess we were somewhere over 2:30.  Lots of fun and we got awesome t-shirts and a case of beer for the effort.  If you fast forward to 8:20 below you can see me get smoked in my heat.

The main goal was not to hurt $100.  The second goal was not to hurt myself.  We accomplished that.  Good times.  Weird feeling so confident about an athletic event in the morning and then feeling like a fish out of water, or more accurately a dude trying to awkwardly carry his wife through water, in the evening. 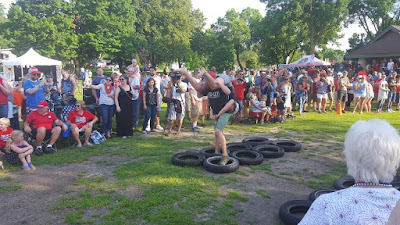 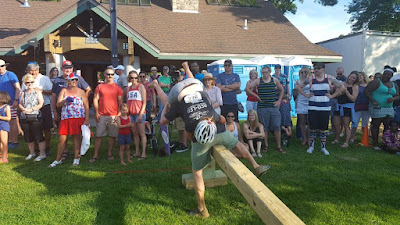 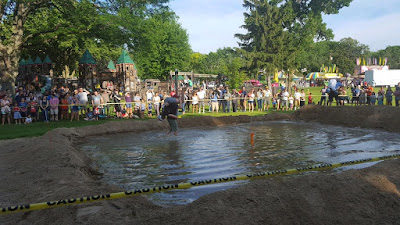 Good trip out to Madison.  Visited quite a few breweries, drank some hard to get beers, and ran a decent 10K.  Wasn't feeling stellar during the warm up but once the gun went off I got after it.  Solo effort for the most part, as a few high school kids were way up front and the next guy after me finished a full 90 seconds behind.  The mile splits:

Officially 39:09.  I made a wrong turn 4.5 miles into the race and ran an extra 15 seconds or so, so this could have easily been a sub 39.  No big head though, this effort in Colorado would have been close to 43 minutes.

Lots of fun, and happy with the hard effort.  Especially the last two miles, when I was really struggling to hold everything together but still managing my fastest miles of the race.  Two good lower mileage races in a row, starting to feel pretty fit.  Hope to go sub 52 at the Summer Roundup this Sunday.

Posted by brownie at 2:36 PM No comments: