A few non JFK pics from the recent trip.  Got to meet up with Bob for a few breweries.  Smoketown Brewing, Harpers Ferry Brewing, and Abolitionist Ale Works.  Good times! 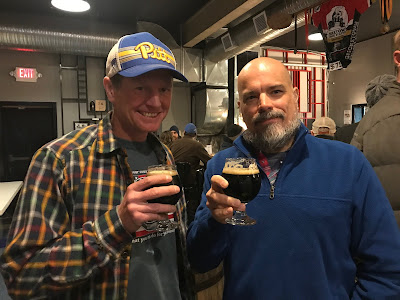 And no, you haven't accidentally stumbled onto GZ's blog, but $100 and I got to visit the DC mall on our way back to the airport.  Super cool place.  My first time there. 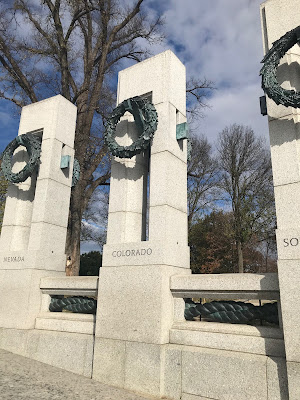 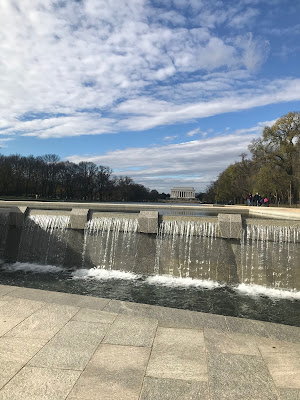 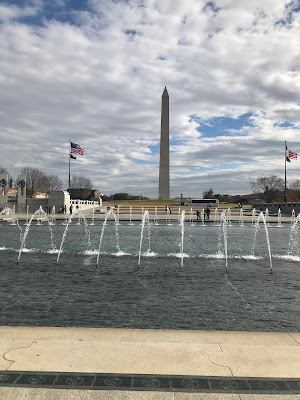 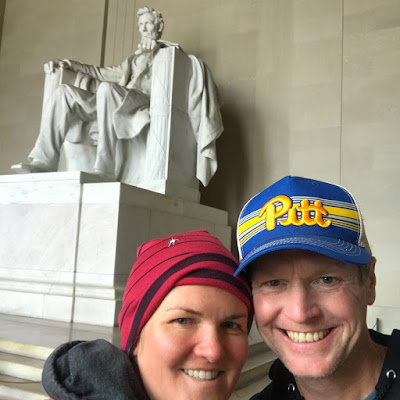 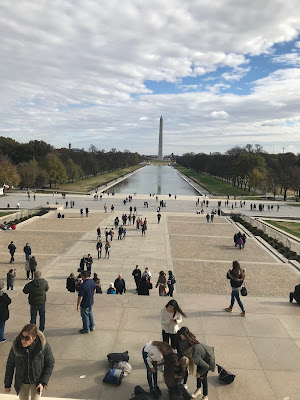 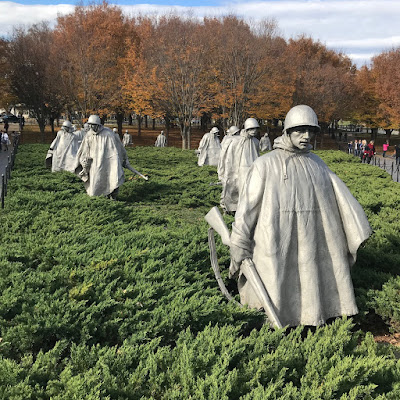 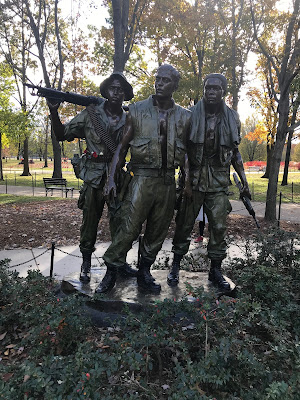 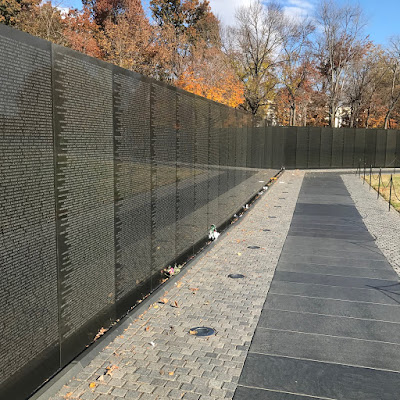 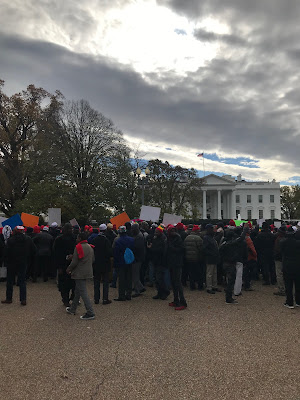 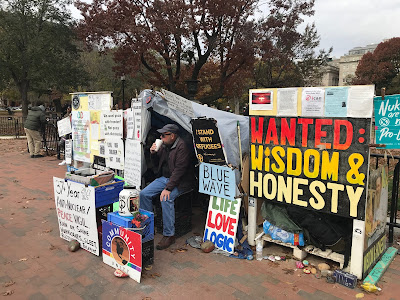 Starting to get back into climbing and some upper body stuff, which I neglected for a few weeks leading up to JFK.  $100 and I have also started the bodyweight foundation program.  Ended Tuesday with an hour of yoga and a beer at Red Leg.

Nearing the halfway point of the Turkey Trot.  As much as I hate the eastside, they do have a fairly decent view of the mountains there. 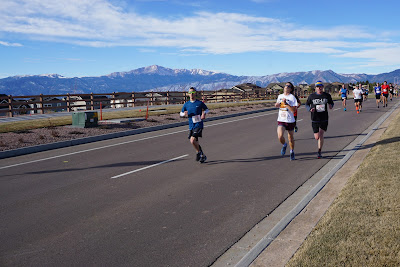 Annual pic from the first Incline Club run.  Yes, that guy who always wears vibram five fingers and never wears a shirt is still at it. 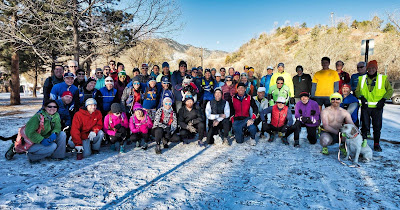 First run of the new Incline Club season this morning.  I headed up the incline.  Easy effort, as I'm still shaking off all the alcohol of turkey weekend.

Went to my first AF hoops game of the year last night.  The CU Buffs destroyed them by over 30 points.  Going to be a long season for AF, probably not a whole lot of wins this season.  I got to sit in the cadet section last night though, and I scored a free foam finger and a mascot selfie, so the night wasn't a total waste. 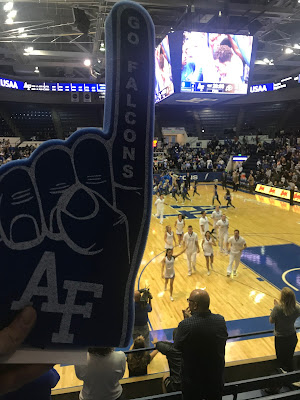 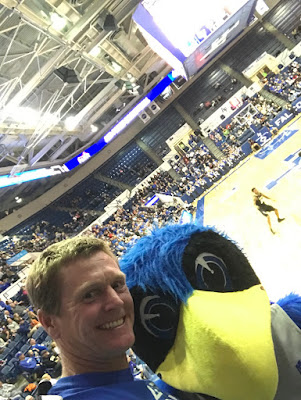 Definitely wasn't ready mentally or physically to be racing hard this morning.  Still some issues lingering from JFK, as well as a cold that $100 and I have both been fighting.  But I had already paid, and I still went as hard as I could today.  Obviously the result wasn't very impressive for me.

After the race we headed up for the final Air Force game of the season and watched them beat CSU.  No bowl for AF this year as they only got to five wins.

Shot of me on the Appalachian Trail during JFK: 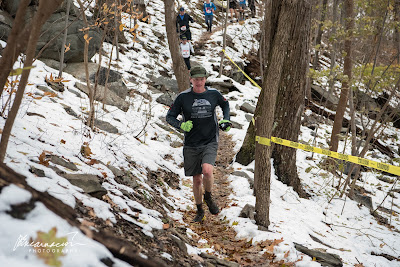 Legs are still quite sore but $100 and I got out for a three hour hike on Monday.  Started at the Appalachian Trail visitor center and went up to Maryland Heights, including a trip to an overlook with a cool view of Harpers Ferry and the rivers. 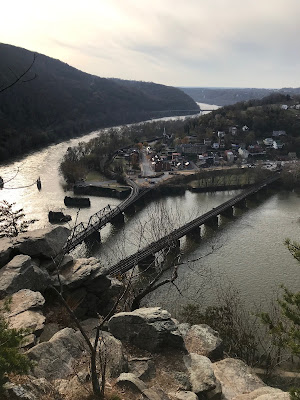 Not quite the race I wanted but a fun trip nonetheless.  Due to recent rain and snow the Appalachian Trail was a mess, slowing anyone not named Jared Hazen down, and I hit halfway in 4:15.  Still thought I could go sub eight and I pushed hard, but the legs were hurting all of that second half.  8:44:08.  Was pushed hard along the mind numbing 26 mile section of the C&O canal path by my friend Lauren, as I knew losing to her would bring a lifetime of ridicule from her husband.  But I broke her just before mile 40. 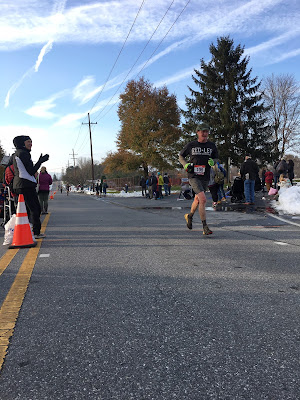 
Super excited to concentrate on the shorter stuff for the next few months.
Posted by brownie at 7:20 AM 3 comments:

Not much going on this week.  Dog hikes every morning, ran to work twice, the shortest route possible, and biked the other days.  Very easy efforts, and I'm feeling pretty good for Saturday.

$100 and I also went to a fly fishing class at Angler's Covey on Wed night.  Not sure how much of that is in my future but the big race plans for the family in '19 include her taking on The Flyathlon.

Off to DC on Friday morning.  Race on Saturday.  Appalachian Trail and breweries/bars until Monday.  On Tuesday I'll make my first trip to the DC Mall.  We have a Pittsburgh trip in mid December, but after that it will be a while before we fly again.  The dog ain't getting any younger and I want to take her along wherever we go.

Hope everyone has a great weekend!
Posted by brownie at 3:56 PM 1 comment:

The week of the time change always depresses the hell out of me.  So it was a perfect time to start a taper.  It was a decent week though with the hard 5k effort and just riding that klunker anywhere is quite a workout.

Made the trip up to Denver on Saturday for the Park Hill Pizza Pie 5k.  Went in looking for a hard effort and that's what I got.  A 5:58 first mile had me in sight of the lead pack, then at a small hill just before the two mile mark I made a little move and took the lead.  Mentally I really struggled over the final mile and I was sure I was going to get passed, but I actually held it together pretty well, running 5:54 to preserve the W.  It was a tiny field, and there was also a 10k so this was not the main event, but it's still fun to go to the big city and win a race.  There is a possibility I'll run some more of the City Park Race Series, and I will announce those plans here in case any of my Denver friends want to come throw down.

Good weekend on the football front as the Steelers crushed, Pitt showed up to their biggest game in a long time, and Air Force finally pulled away from a pesky New Mexico squad. 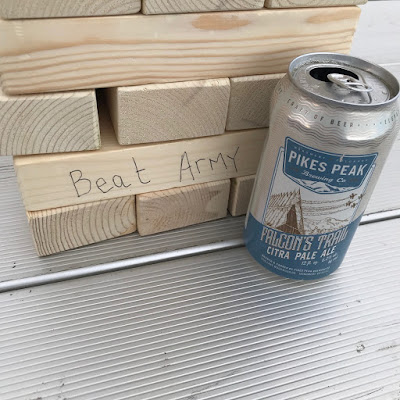 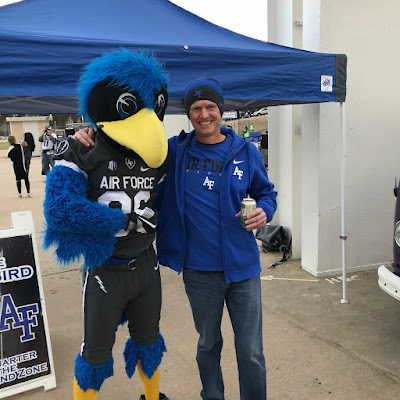 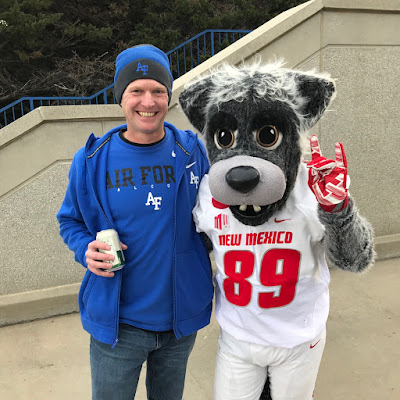 The good luck continued as I was one of five vets to win a mug at Red Leg.  The mug stays at the brewery and I get to fill her up for five bucks. 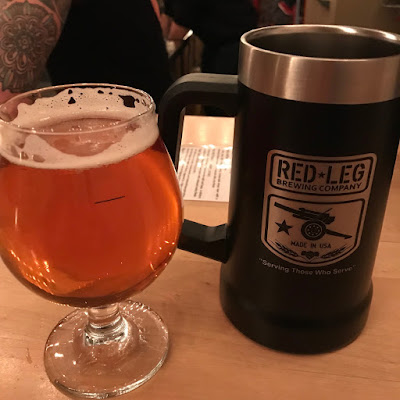 Man, I have been wanting one of these babies for a long time, and things finally fell together.  I see lots of sweet jumps and pub crawls in my future.

No name yet but I'll be listening to lots of Widespread MF Panic for inspiration. 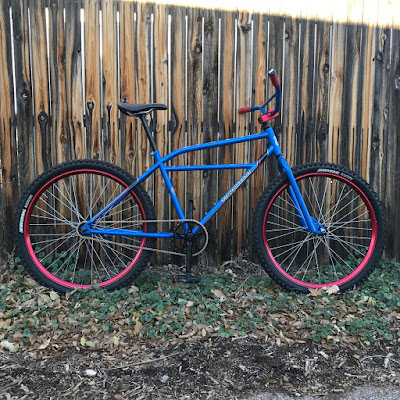 The thing is solid steel.  Feels like she weighs as much as my Mariachi and Beargrease combined.
Posted by brownie at 4:59 PM 2 comments:

Seems like the course changes every year but we always have fun at the Canya Canon.  This year was a five mile run that went up, and I mean up, the Columbine trail and then up Spring Creek.  Tops out where Spring Creek meets Gold Camp Road and then it's blazing downhill the rest of the way.  I settled in to a solid pace up the hill and was able to hold it the entire way.  That perfect effort where had I tried to go any faster I would have blown up.  Not much of a race as I couldn't see either a guy in front of me or behind me.  Really happy with the hard run though.

Peter caught this pic of me.  Super artsy since it's black and white. 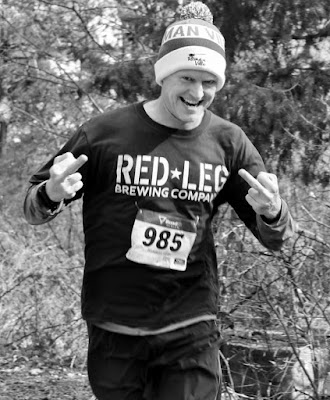 Super stoked that Leftover Salmon will be rocking out for three days not too far from my house.  Not super stoked that my village has such a low reputation for live music that we're not referred to as Colorado Springs but "just south of Denver." 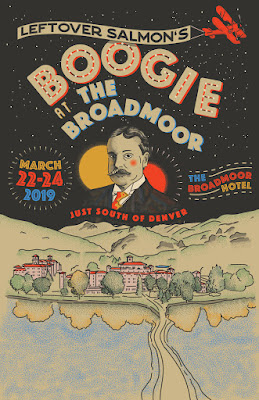 Wed - balls cold in the AM, but I ran to/from work for run commute 57.

Fri - 2.5 mile dog hike in the AM.  Had to pick up the jeep from the shop so that threw a wrench into my workout plans.  After work I just sat on the couch drinking beers and watching Pitt take control of the ACC coastal division.

Sat - 3.2 mile dog hike followed by a good 19 mile run up to the Air Force Academy.  Was hoping to go all the way to Pikes Peak Brewing, 25 miles, but a freak storm blew in and I wasn't prepared.  Had to take cover under a tree during some hail, then the temps dropped and the snow started.  This was not in the forecast and I was in shorts and a LS t-shirt.  $100 was on the Academy picking up our cadet, so I was able to mooch a ride home with her.

That pretty much ends my JFK training as the next two weeks will be spent trying not to get hurt.  Not nearly as many long runs as I'd like, but most of my run commutes and runs in general have been at a much higher effort than usual for me.  So we'll see how it all plays out.  I did spend five weeks hiking twelve hours a day with a lot of weight on my back, so hopefully that endurance carries over.