Lot of riding and hiking lately, not a lot of running.  Three weeks until Pikes and five until the Rut, I should probably put some work in between now and then.
Last weekend we headed down to the San Luis Valley so $100 could take part in the infamous Flyathlon.  An event that combines fly fishing, trail running, and drinking.  We took our time getting there, stopping by Soulcraft, Moonlight, and Tres Litros.  The rest of the weekend I spent hanging with my dog and drinking beer while $100 was the athlete of the family.  So much fun.
The new Red Leg brewery has opened and it's fantastic.  5k from my house, two miles of which is on a closed-to-traffic bike path.
We are hitting both nights of Tedeschi Trucks at Red Rocks this weekend.  Woot!
Posted by brownie at 2:32 PM No comments:

I am very much a creature of habit and routine, and that has been thrown aside this week as we've been watching Moose and Millie.  Love those pups, but my week has been mostly dog walking and drinking and eating like shit.  Maybe a good thing, as I was physically crushed after BTMR and the down week may have kept me from hurting myself. 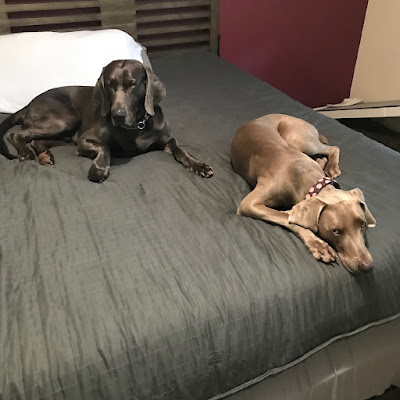 The Red Leg Forge Road location had it's final last call on Wednesday.  A lot of good times at that place, but they are moving into a much larger facility that's two miles closer to my house. 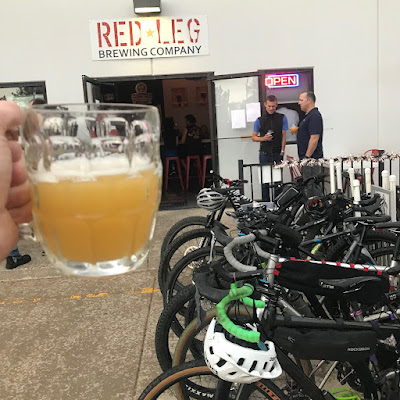 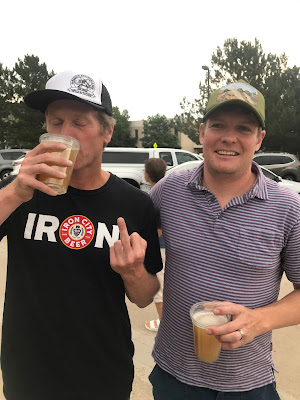 The Colorado Mountain Club opened rego for High Altitude Mountaineering School and I think I was the first to sign up.  Super psyched and it looks like I'll be making an attempt at Rainier in '22.

We are off to the San Luis Valley this weekend so $100 can run the Flyathlon.  Should be a blast.  I'm looking at riding the Monarch Crest on Sunday if the weather is good.

Posted by brownie at 8:01 PM No comments:

I've been chatting with a friend about the 5k lately.  Her PR is just over 20 minutes, and she's still in a position to go under that number.  And while acting like I'm Mr. Sub-20, I realized it's been a few years since I broke that barrier.

On Sunday was the Barr Trail Mountain Race.  Good day for me, even though my descent wasn't the best.  Up to Barr Camp in under 90 minutes, then back down to finish the 12.4 mile course in 2:21:49.

$100 ran well too.  We had a few Red Leg brews at the finish line, then went down to Manitou Brewing for more beer and grub. 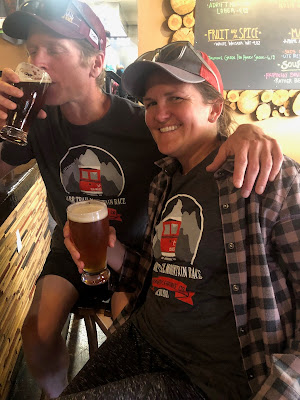 Posted by brownie at 4:09 PM No comments:

Finally got my cadet up Pikes.  Her first time, my 28th (at least).  Not a whole lot of time, so we drove up the highway and started at Devil's Playground. 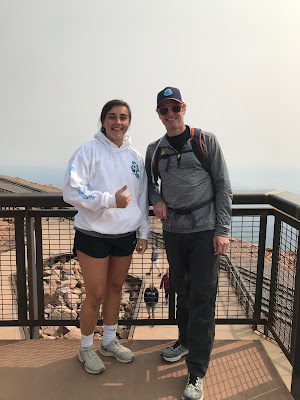 The new mall at the summit is open. 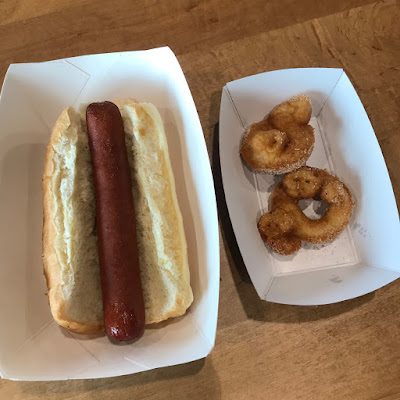 Posted by brownie at 9:20 AM No comments:

Colorado 14er number 42 for me on Sunday as I was able to climb Humboldt.  Up at 3AM, wheels rolling by 3:30AM, less than two hours to the trailhead.  16 miles total in just under seven hours, including a good half hour on the summit. 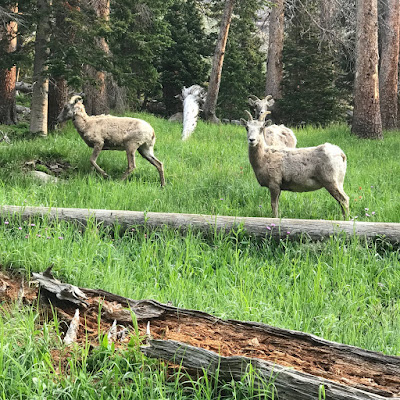 Crestone Needle was watching me the entire time. 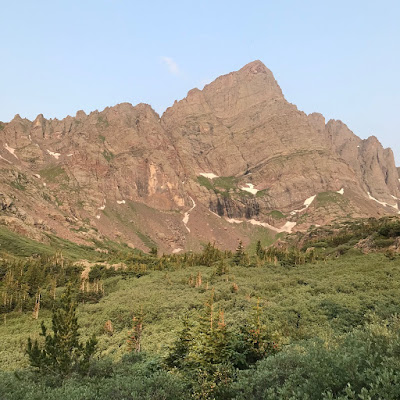 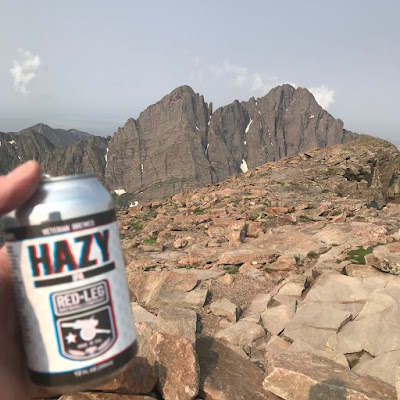 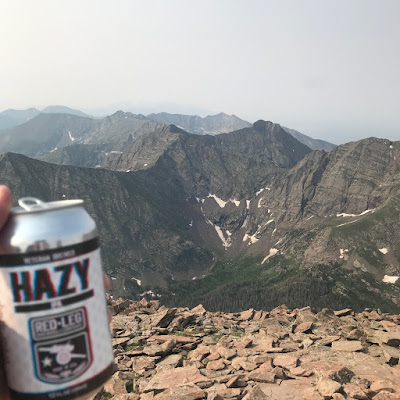 Celebrated the summit with a stop at Florence Brewing. 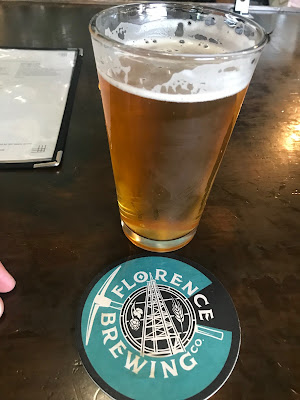 Hungover as all get out on Saturday but I decided to ride up to Pikes Peak Brewing anyways.  Really suffered through the Academy - it was hot and there was no shade and I ran out of water.  Then, when I got to the brewery, I was greeted by this: 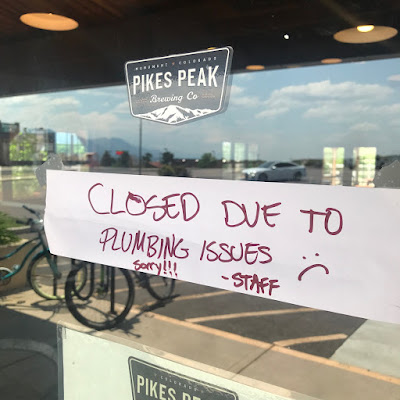 Not to worry though, I went and checked out the new Trails End Taproom.  Red Leg on the way home.  50 slow miles on the day.
Posted by brownie at 9:49 AM No comments:

Was finally able to see the Nuns of Brixton as they played the Triple Nickel on Friday.  Pretty much everything you'd expect - they dress up as nuns and play all Clash songs.  Great time and I hadn't partied like that in a while.  Definitely worth the $8 cover.  Terrible place to take pics but you can get an idea from this one: 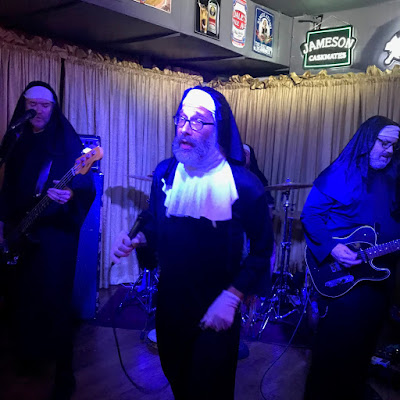 Posted by brownie at 8:32 PM No comments:

It's rare for a new commute route to come into play without either moving or changing jobs, but that's what happened to me this week as the olympic museum finally opened their new fancy pedestrian bridge.  The structure links America The Beautiful park with the museum, going over some railroad tracks.  A slight upgrade over the Colorado Ave bridge that I used to take.  Was busy this week as it's new, but I think in a week or two it will be me using it to get to work and a bunch of homeless dudes hanging out.  Attendance at the museum is approximately 850 fewer per week than the 900 the head honchos promised when this thing was built. 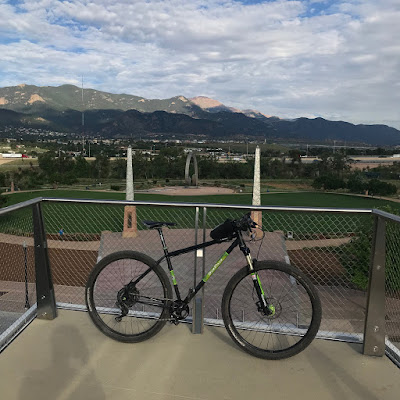 I'm not a big fan of the USOC and I wish they had left town ten years ago when they demanded a ton of money from the city to stay.  Probably used the tax money to try to hide all the kid raping going on.  I am going to buy a beer for the person who named this segment: 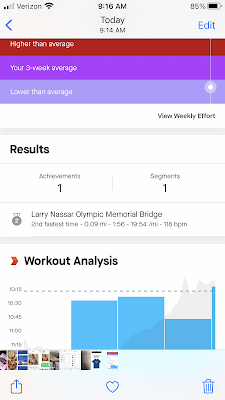 Hoping for some big miles this weekend, we'll see how things shake out.
Posted by brownie at 3:27 PM No comments:

Can't believe it's July already.
We had to dogsit the M&M's for a bit of the holiday weekend, but that didn't stop us from taking out the van!  Glad to report Moose and Millie really enjoyed the van life. 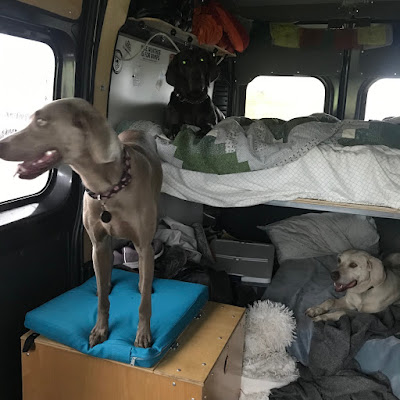 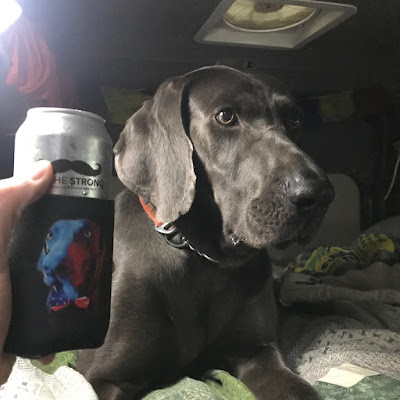 We met up with Amanda on Spring Creek Pass (she had done the CO trail from Eddysville, including San Luis Peak) to return her dogs, then we headed back down to Lake City.  $100 got to fish, I got to run and hang with our dog.  Spent a lot of time at Lake City Brewing as well.  Love that town. 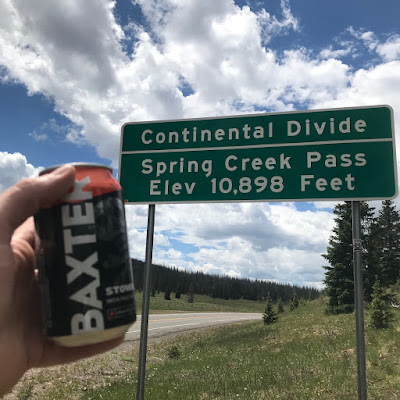 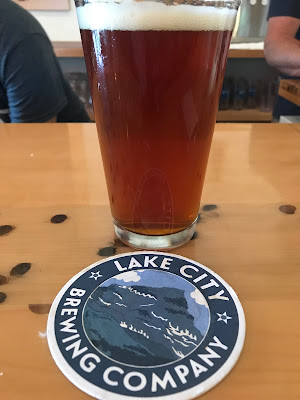 Sunday morning, the 4th, was total Americana - there was a flyover by some old Air Force jets, then a parade down the main drag of Lake City.  Then it was up over the hill to visit an old Austin friend in Creede.  Checked out some of the pubs there and then took the party to her house for the evening fireworks.  Good times! 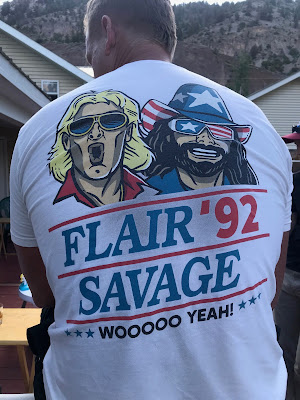 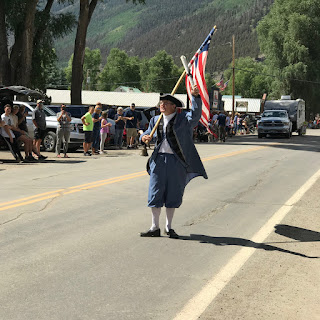 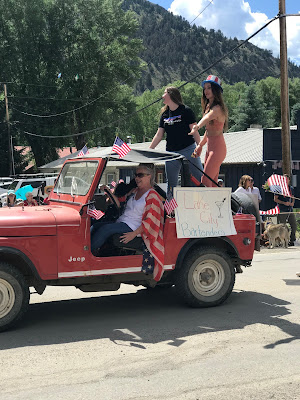 Creede was having the state mining championships, which drew a pretty big crowd.  $100 said it was the most Colorado thing she'd ever seen.  In the event below, teams had ten minutes to pound a hole into a rock with a sledge hammer and a spike.  The winner was over the two foot mark. 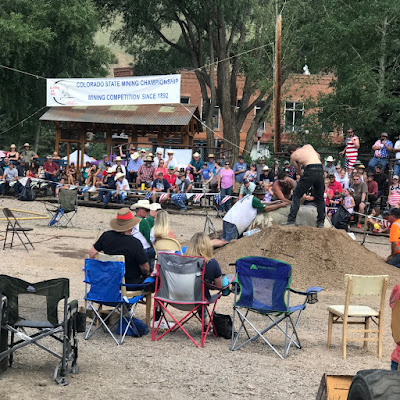 Nice dog hike in Creede on Monday morning, then we hit Del Norte so $100 could get some more fishing in.  Three Barrel Brewing, Soulcraft, and Florence Brewing on the long drive home. 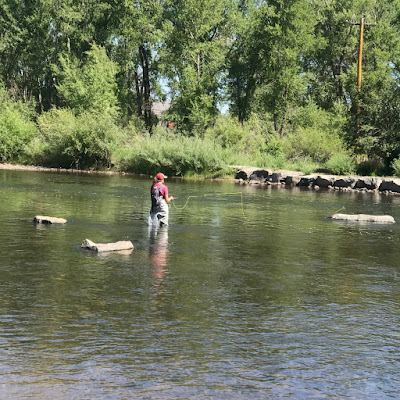