I want to phase out the super long stuff so I can do whatever the hell I want on weekends.  Run, bike, hike, drink, climb, van-dwell with the wife and dog, sit on a chair and hand out beer and hot dogs to CO trail hikers.  A lot of those activities have been pushed to the side over the years with the ultra stuff, as I always felt I should be spending hours and hours plogging along in the woods at 3-4mph.

So this year, I'm going to concentrate on the local Triple Crown.

It wouldn't be pretty, but I could pull off those races without running at all.  Hopefully that won't be the case and I do want to do well in those three races, but there won't be any pressure to train my ass off.

$100 and I have also discussed doing the Creede Mountain Run in '19, which (I think) is the weekend after Pikes.  Might be a good week to take off in the van and hang out in the San Juans.

Certainly that's not to say I'm done racing.  Besides JFK, I'm signed up for two road halfs (Pueblo and Platte River), and I'd like to do more local 5k's in '19.  But other than Pikes and Creede, nothing that will take more than two hours.  We are also discussing a possible trip to Utah so I could bike the White Rim trail and then we could all hike Kings Peak.

With the extra time I'd like to concentrate on knocking out some more of the 14ers.  I still have a bunch to go and after having spent over a dozen years in Colorado now there's no reason I haven't climbed them all.  Luckily I can fit that goal in with spending more time with the family.
Posted by brownie at 4:39 PM 3 comments:

Another 50 mile run week and I think the fitness is coming around for JFK.  Hoping for a sub eight hour run there.

I'll post some pics from the Colfax Traverse soon but we DNF'd the thing.  Too many bars on day two and our ride back to the Springs caught us at the Zephyr Lounge just before Colfax hits 225.
Posted by brownie at 5:47 AM 1 comment:

Climbed 5.8 outside on Thursday evening, sending Wake to Wake on my first try!  Woot!  Didn't lead it, my buddy Mike went up first.  He also took a few pictures.  The first and third are of me climbing, the middle is of me belaying.  A few "oh shit" moments but the climb went pretty well.  Hope to get out after work a few more times, but daylight savings is looming and will probably put an end to weeknight climbing for a while. 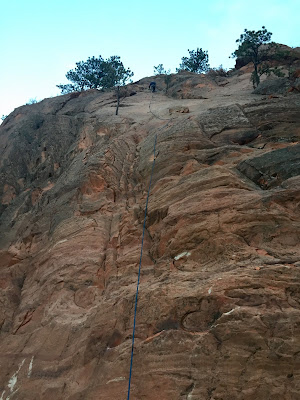 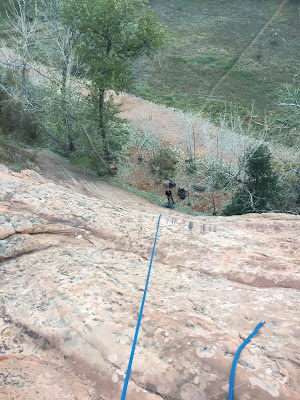 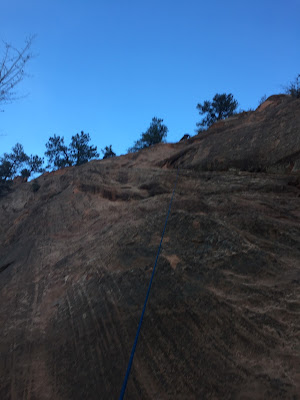 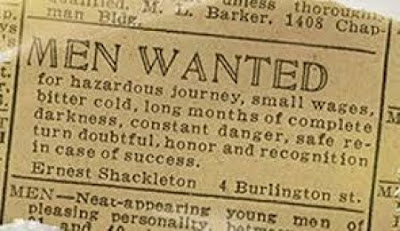 On October 27 a few friends and I will attempt to ride our bikes the entire length of Colfax Ave, the longest and wickedest road in America.  A feat so daring it has never been attempted before*.

Saturday and Sunday.  Staying at the luxurious Ramada across the street from Sancho's on Saturday night.  Starting Sunday morning at 8AM at Nob Hill.  Possibly a few pubs along the way.  If anyone wants to meet up with us get in touch with me.

Not only do we get to see the Nuns of Brixton, but these guys are opening:

*I have done zero research to support this claim and I can only think that if this hasn't been done it's because most would say it's a dumb idea.  I do know this gal has hiked the entire length of Colfax.
Posted by brownie at 10:00 AM 2 comments:

Two weeks, since I think I missed last week.  Fitness is coming around, starting to feel good about JFK.  Also looking forward to a bunch of shorter races I have coming up.

The groin thing seems to have gone away.  Ditched the weight vest on the dog walks, I'll probably take another week away from that just to be safe.

Tim B carried a few dozen pounds of camera gear up Cheyenne Mountain and got this pic: 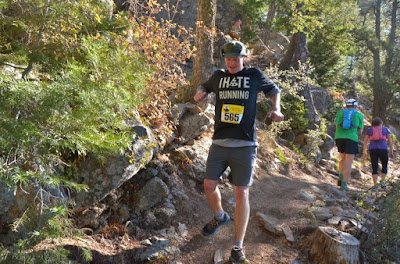 Awesome day to be outside and I took full advantage of it.  Early morning 5k Garden hike with the dog, then it was over to Cheyenne Mountain State Park to run up and down Cheyenne Mountain.

Love the new Dixon trail and I think it will become a regular run for me.  Just as hard as running up to Barr Camp and back without the zoo that Manitou and the Incline bring (admittedly I'm part of that zoo quite a bit).

Wasn't sure how the race would go.  I'm feel fit, but all my work has been on flat stuff with almost no climbing.  Started very conservatively, but the day went well and I moved up the entire race.  The effort was exactly what I wanted today, definitely sweating a bit but I also had another gear or two in reserve had I wanted to use it.

Made it up in 1:26:04, down in 61 flat for 2:27:04.  Spent about two minutes at the top taking in the view, then the first 1.5 miles of the downhill was little more than walking due to me taking the technical terrain very carefully and the mass of people making their way up the trail.  A lot of people passed me on that part of the downhill, but I ended up getting most of them back once the trail smoothed out a bit. 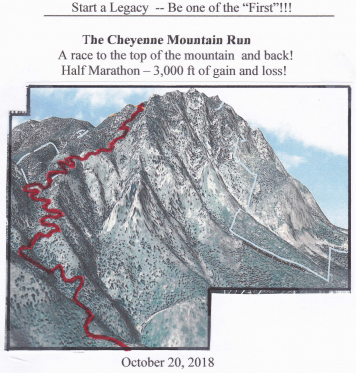 Sunday - Nothing.  I was hungover and it was approximately -156F outside.  Global warming my ass.

Tuesday - 2.4 mile dog hike, CityRock 114, and bike commute 49.  The bike day included four rides between the office and home and a downtown meeting I had to attend.

Wednesday - 2.3 mile dog hike, run commute 54, CityRock 115.  My old body is failing once again as I tweaked something in the groin area crushing ten minute miles on the run home.

Thursday - Off work.  5k dog hike followed by a 17.6 mile run on local trails.  Physical activity is fine on the groin, but I'll be doing something like texting a friend or getting a glass of water and a quick jolt of mild pain will shoot up.  Getting old sucks.  I did go climbing outside in Red Rock Canyon, and cleaned an anchor for the first time.  I am at the point where I believe I have the gear and the knowledge to go climbing with someone who is newer to the sport than me.

Tues - bike commute 47.  Dreamer, my fat bike, turned three years old.  My Mariachi is Barstool, and the two are named after a Widespread Panic song.  My Lorax is named Larry, after my 4th grade teacher and the first person I remember coming across who biked to work.  Anyways, went a bit longer on the ride home, and it was the first time this season I thought I was going to lose some toes and/or fingers. 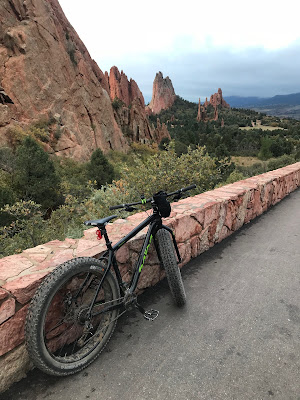 Wed - 32F and snowing when I got up.  Damn near bailed and went back to sleep, but I got out for a quick four miler.  My cold weather mental fitness is currently lacking, but this was at least a small step in the right direction.  Did not bike or run to work as I was supposed to climb in Red Rock Canyon today, but that will likely be cancelled due to the wet weather (not a sissy call, climbing on the RRC sandstone when it's wet is bad).
Posted by brownie at 1:13 PM 2 comments:

Mon - morning dog hike followed by bike commute 45, including a good ride through Ute Valley Park after work on the way to garage run.  CityRock 108.

Tues - 6.5 mile morning Garden run.  Had to go up to the Air Force Academy in the afternoon, so I rode the 13.5 mile Falcon Trail.

Thurs - 60 minute dog hike followed by run commute 50.  We were passing a driveway and the dog barked at a cat who was sleeping there.  I thought it was a bit big for a cat and sure enough when I fired up the headlamp it was a bobcat, not five feet from us.  The dog is a peaceful animal and left the bobcat alone.

I got this in the mail the other day, so at least I have that going for me: 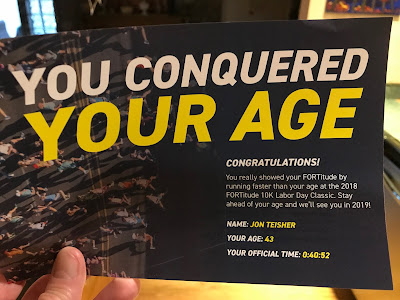 Posted by brownie at 6:44 PM No comments:

Made the drive to Scottsbluff/Gehrig, Nebraska, to nab my 20th state marathon.  Using this as a long run for JFK, I was planning on a four hour effort.  Got in a bit faster than that, running 3:37, and it was a really good 20 miler with a terrible 10k added on.  But I'll take it.

The trip was pretty meh.  Long drive, mediocre brewery, a local population that is all grumpy because Nebraska football is terrible (one of the few teams in the country that might be worse than Pitt, and folks in NE take college football a lot more serious than folks in the 'burgh).  Even the national monument was lackluster - it reminded me of Palmer Park which is a cool place but not quite cool enough to get me to cross I-25 for.  Not trying to rip the nice people of western Nebraska.  But sometimes when you drive to the middle of nowhere there's not much to do there. 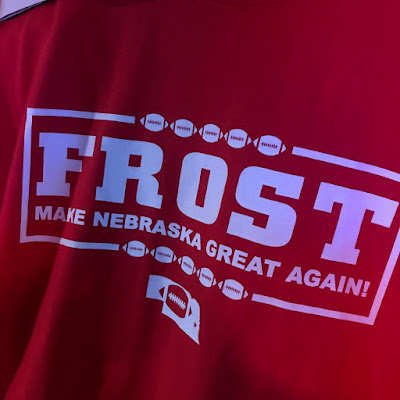 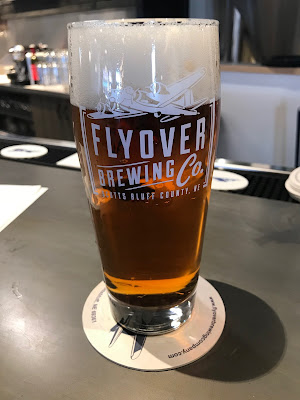 Quick roadtrip to western Nebraska this weekend so I took advantage of the opportunity to visit Carhenge.  Pretty cool place. 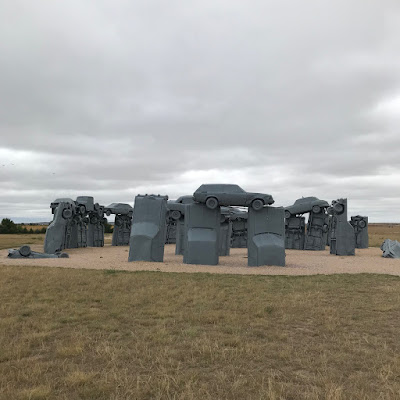 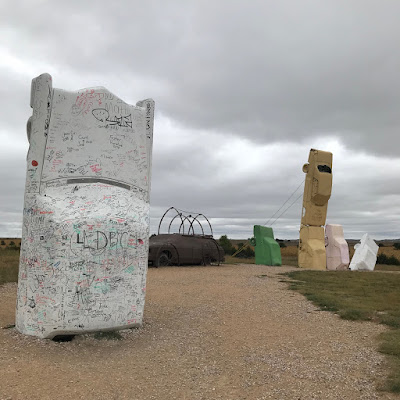 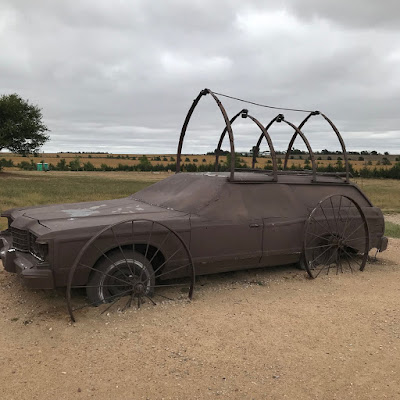 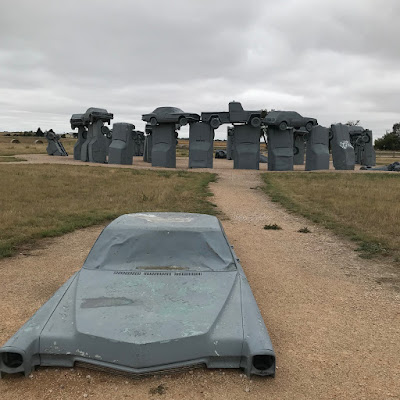 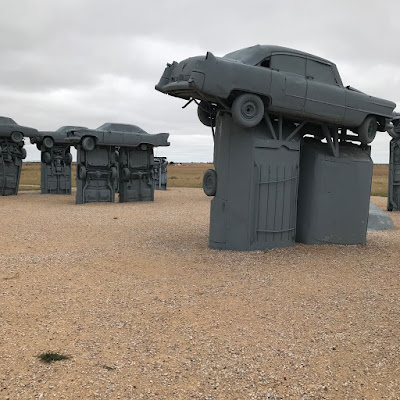 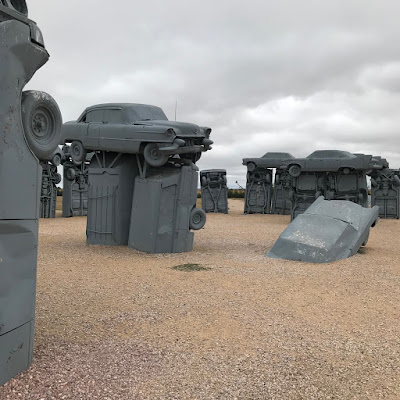