Got the go-ahead from the doc to start running again! Woohoo! Still gonna take it easy, my next physical effort will come next weekend when I attempt to bag Guadalupe Peak. Even when I get back to Colorado I probably won't begin serious training until next year.

FYI, starting to lean towards bailing here on Friday and getting back to Colorado on Sunday. Really want to get back to Manitou!
Posted by brownie at 8:19 AM 2 comments: 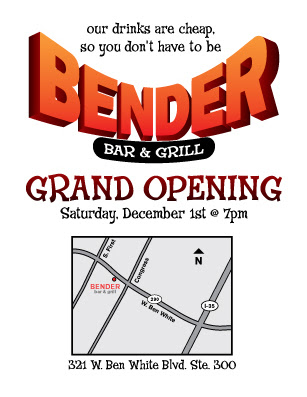 I have an appointment with my ortho guy tomorrow morning about my ankle. I have a feeling I'm gonna get some good news. Might be back in action before too long.
Posted by brownie at 12:10 PM 3 comments:

huge upset on the way...

My Pitt Panthers are 28.5 point underdogs against wvu this Saturday.
Posted by brownie at 3:09 PM 3 comments:

Had a blast at the South Austin beer mile. A lot more than I'm used to with the Kimchi, as this one had race numbers, a race t-shirt, professional timing, and 103 runners. It sure was a lot of fun though. I ran 18:09, which of course included a penalty lap. And I hate to say this, but my time would have been a lot faster had I not been injured - yes, the thing that held me back here wasn't my drinking but my running. The website wouldn't let me steal any pics, so you can see me here.
Posted by brownie at 5:15 AM No comments:

Scored some great seats, courtesy of Batguano Man (founder of the SAH3), for the Spurs/Wizards game tonight. Woohoo!
Posted by brownie at 5:13 AM No comments:

Went to see the physical therapist today, and I finally got some good news. Told the PT guy about what I'd been doing on my ankle (like finishing Camp Bullis, Warda, the beer mile, and hashing) and he said that all that activity was a good sign, and recovery seemed not only likely, but soon. He told me that the two ligaments that I tore would never heal, so I needed to work on strengthening the muscles in my ankle, since they will take over the brunt of the stability work now the ligaments are gone. The old guys at the YMCA will be glad to hear that my side to side movement will be shaky for a long time, so no more domination of the hoops league, but running will be fine. So he gave me a few exercises to do, and agreed with my plan of not running anymore this year. So of course I came right home and rego'd for the Rescue Run 10K on new year's day!
Posted by brownie at 8:20 PM 4 comments: 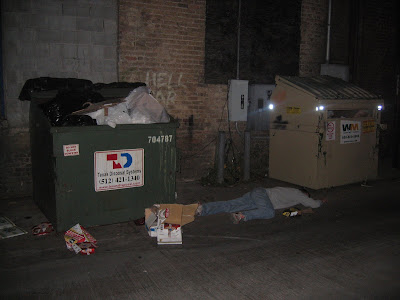 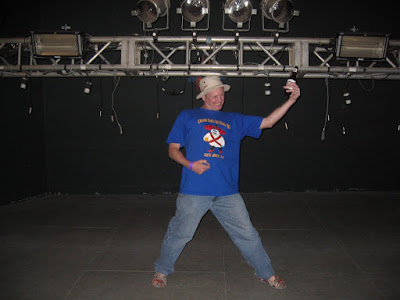 Colorado and Texas dominated the top ten of the "most dangerously drunk" cities. See the article here.

Gagger is the lamest hasher EVER!
Posted by brownie at 7:26 PM 4 comments:

ain't no party like a scabs party!
Posted by brownie at 7:05 PM No comments:

I know I just swore off running for a while, but I forgot about the beer mile. The Austin one is this Saturday. If you want to run it, you need to e-mail the RD so he knows how much beer to bring. His e-mail is on the website, which is here. I plan to continue my dominance in this event, it'll be nice to possibly have some competition for once. 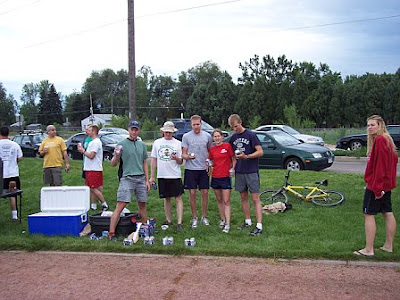 Not good. Have two complete ligament tears as well as some other minor stuff. May require surgery. I begin physical therapy on Monday and will have an ortho appointment next week.
As of now I am not medically cleared to leave Lackland once school is over but hopefully that is taken care of these next few weeks. I asked the doc how long 'till I can run again, and he said several months (which I refuse to believe). I hate having a doctor who doesn't run. Anywho, since I'm sure my lovely sister will want to read this, the official MRI results:

1. a complete tear of the anterior talofibular ligament and calcaneofibular ligament;
2. the edema within the sinus tarse, correlate with physical exam findings for sinus tarsi syndrome;
3. tenosynovitis of the peroneal tendons;
4. achilles tendon tendinopathy;
5. ankle effusion
Posted by brownie at 9:54 AM 8 comments: 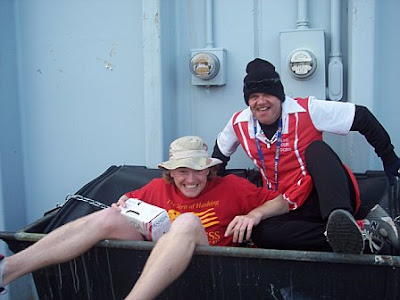 Not much going on right now. Had my MRI today, I'll know the results on Wednesday but I have a bad feeling they're not gonna be what I want to hear. I'm sure I'll get through this AF stuff alright but I'm much more worried about my ability to live the active life I've grown used to over the years, especially since I'll be moving to Manitou. It's not a serious injury and eventually I'll be fine, but even the prospect of a few months of sitting around on the couch makes me want to kill myself.

But during the downtime at least I'll be keeping busy. Getting to hit the Barfly with my old friend Twin Peaks on Wed night, looking forward to that as it's been years since we've been able to tie one on there. Thurs it's the annual Austin H3 turkey feast, followed by The Scabs at Antone's! Woohoo!

And I will return to running on Saturday, as I compete in the Beer Mile. A real beer mile too, that'll be nice.

And then the wine and cheese party on Sat night, the 12th year in a row. Good times! Yes, I bring bum wine to this one...
Posted by brownie at 6:38 PM 2 comments: 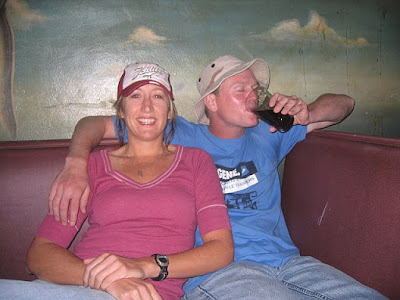 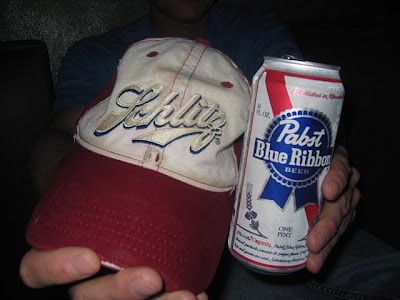 I am now on a haitus from running. My next run will be the rescue run on Jan 1st.
Posted by brownie at 3:26 PM 4 comments:

If I'm forced to bag on Sunmart, I might be back in town for the New Sense show!
Posted by brownie at 5:50 PM 2 comments:

Unfortunately, my ankle has been very slow in healing and Warda will probably be my last run for some time. Hope to have it all better by the time I get back to Colorado. MRI is scheduled for Monday...
Posted by brownie at 8:08 PM 5 comments: 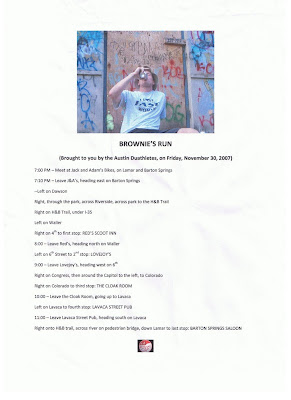 Posted by brownie at 7:13 PM No comments:

Someday I'm going to dump a girl via singing telegram!
Posted by brownie at 7:00 PM 2 comments:

Pics from the bum wine hash can be seen here. Good times!
And pics from the saturday night kimchi drink-a-thon are here. 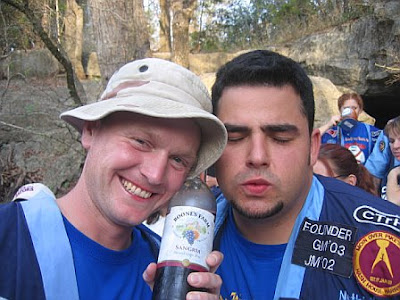 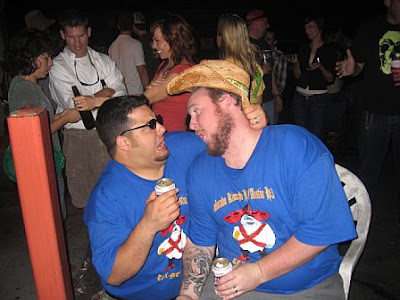 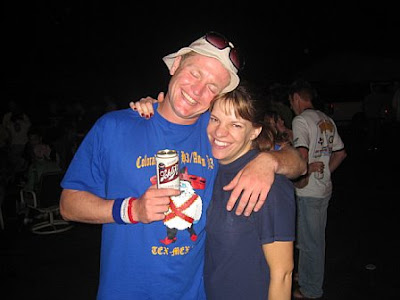 looking for a partner...

My buddy Troy has pussed out, so if anyone out there is interested in teaming up for the Dirty Du out at Smithville this weekend, let me know. I'll do the run, I need someone for the twelve mile bike leg. 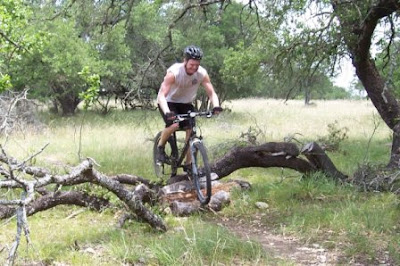 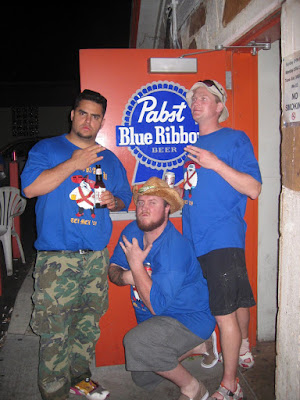 Sprained my ankle again during land nav today. Twice. After the second time, the pain went away. Still a little swollen but I'm gonna try to get a nice long run in along the greenbelt tomorrow.
Posted by brownie at 4:25 PM 3 comments:

Went out with two of my AF buddies for an easy run. Knew it would be a super slow jog, but I was more worried about how my ankle would hold up. Still a little painful, but I think it's getting a lot better. Swelling has gone down a lot, and it finally looks more like an ankle than a kankle. Gonna give it a real test on Saturday morning with a multi-hour run on the Greenbelt, we'll see how that goes...
Posted by brownie at 7:55 PM 4 comments:

Thanks to my advance scout Dani, I secured an apartment in Manitou Springs today! Woohoo! You can see the craigslist ad here. A map can be seen here. Very excited, I've wanted to live in Manitou for a long time! The apartment is less than a two minute walk from Memorial Park, which is where the Incline Club begins it's runs and where the Pikes Peak races start. It also gives me easy access to the Incline, Barr Trail, Ute Pass/Waldo Canyon, Garden of the Gods, and Red Rocks, not to mention all the bars on Manitou Ave! Woohoo!
Posted by brownie at 8:04 PM 10 comments:

Ankle was feeling a bit better today, and I spent most of the day standing and running around doing Air Force crap. The ankle still looks horrible - still black and blue and very swollen - but it's feeling a lot better so I have some hope. The problem now becomes that due to resting last week for Cactus Rose, and having to rest the ankle this week, I'll begin to lose fitness. Which sucks, since I was hoping to run fast at Warda.
Posted by brownie at 6:00 PM 4 comments:

Taken at one of the aid stations at Cactus Rose. 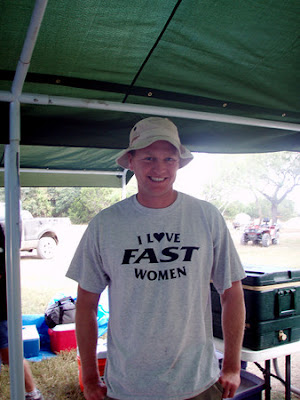 Posted by brownie at 5:53 PM No comments:

X-ray was inconclusive, so I was able to scam a "self-pace" profile for a week, as well as a ton of more motrin. My ankle improved greatly from last night, where even sitting at a concert was uncomfortable. But I've regained a lot of strength, and even though the ankle still looks horrible it is feeling a lot better. I'm gonna try to run on it this Wed. That Warda DNF ain't a foregone conclusion!!!
Posted by brownie at 2:45 PM 3 comments:

X-ray is finished, I'll get the news around 3:30PM today. The ankle is still swollen and a disgusting shade of purple, but it is feeling significantly better than on Friday and especially than it did on Saturday. Hopefully I get good news today and I'll recover in time for Warda.
Posted by brownie at 10:43 AM 2 comments:

I am a fucking pussy.

Melissa is not, however, as she finished her first hundred.
Posted by brownie at 2:30 PM 7 comments:

not a great way to taper...

During some basic infantry movement stuff for the Air Force today, I turned my ankle pretty good. The medic wanted to send me back to Lackland for an x-ray, but I got out of it. So I'm on orders for bed rest this weekend. It's swollen pretty bad, but I'm gonna head out to Bandera anyways and see how it feels tomorrow.

For updates, check out Gagger's blog.
Posted by brownie at 4:44 PM 2 comments: