Wasn't late to the party, but I'm a bit behind due to the PGH trip.  Anywho, once again Marc & Amanda held their annual party, where everyone gets twelve random and unknown beers.  It's always a blast, and the beers are always interesting - most folks either look for the shittiest brews or the best brews.  I've finally quit facebook, so I'll have to post my beers here. 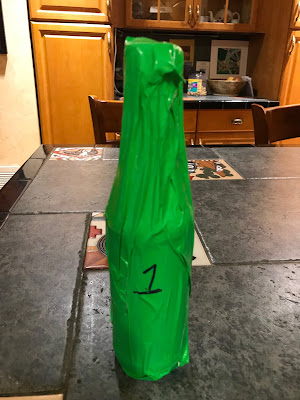 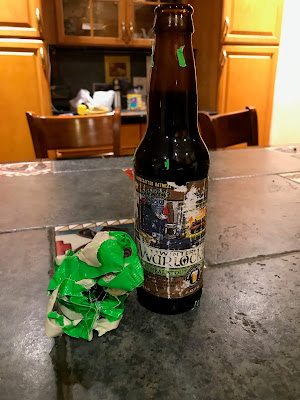 Winter Warlock from Bristol Brewing just down the street.  I'm a homer for Bristol, but I always say they're the Dave Matthews Band of local breweries - everyone seems to think they're super cool if they throw some hate.  But, like DMB, I am an unapologetic lover of that place.  I even think the unofficial beer of Colorado Springs, if you had to pick just one, would be Laughing Lab.  A good start. 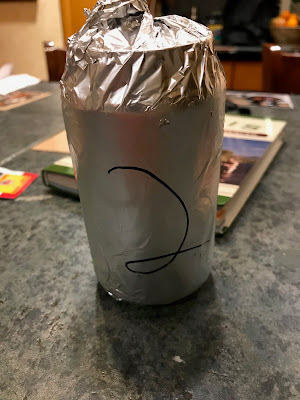 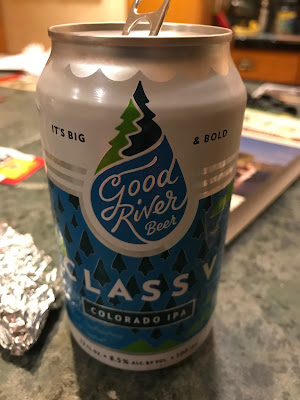 Class V IPA from Good River Beer.  Never heard of Good River, never knew Colorado IPAs were a thing, but this was good and if I saw it at Coaltrain I'd buy a sixer for sure.
Posted by brownie at 9:11 PM