AM1 - Easy five miles on the Garden roads,

PM - Home from work via Cheyenne Canon on the bike.  The up always crushes me, but I forget about that as I don't have to pedal at all the second half of the workout.  14.6 miles in 1:36.

Kind of sad seeing so many folks bitch and moan about Leadville this year.  Pb was my first hundred miler and I have three finishes out there (along with one DNF and a bunch of miles pacing various parts of the course) and I still have a soft spot for the race in my heart.  But obviously a lot has changed since I last ran it way back in 2010.

Of course Lifetime fitness is there to make money.  Did this surprise anyone, knowing the management guys at Lifetime were the real life basis for the Globo Gym team in Dodgeball?  This race was started with the sole purpose of bringing money to the area.  So selling out, or over-commercialism, or whatever folks are calling it today, is not only part of the race's history, but it's really the entire history.  Ken made no effort to hide this fact, but now that he's gone racers seem appalled that Lifetime just might be in the business to make a buck or two. 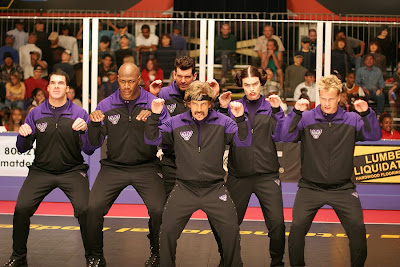 The next generation of Hardrockers will mostly come from Leadville, and it's not looking good.  So much crying about the Hopeless aid station.  Folks, if you need three aid stations to get from Twin Lakes to Winfield and back, you're going to get crushed once you try a difficult mountain race.  And then to get to Hopeless and have your day ruined because they had Evian instead of Perrier water or whatever the issues were up there says a lot about the toughness of some of the runners.  Even if they were completely out of everything, it's four miles downhill to Twin Lakes.  Tough it out.  Or kill a llama and drink the blood.  Whatever.  Just get the damn job done.

And the folks who complain about the overcrowding.  Sheesh.  Same type of people who sit in traffic and complain about traffic.  "It was so crowded that my crew of ten people in four different cars had trouble seeing me every five miles."  I wonder if the issue was really overcrowding, or the fact that a pacer couldn't get a facebook picture without another runner in the shot, ruining the solo mountain picture that every ultrarunner seems to strive for today.

So yeah, maybe it's not the race that's the problem.  Maybe it's the runners taking part in it.

Not to take anything away from some awesome individual performances that were thrown down.  But as a whole, the Pb class of '13 doesn't have a whole lot to be proud of.
Posted by brownie at 9:03 PM

It seems this is a two-way street. LTF should be a good corporate citizen and honor its promises, while the runners must nonetheless plan on participating in an event that necessarily requires self-reliance. I fear we have lost a fair bit of both here. I always appreciate your analysis.

i never understand when people hate on money. it's awesome. on a separate note, i copy and pasted this from the irunfar live feed commentary:

Comment From timmy g
Emile Zapotek?
6:30
Comment From Kyle in Wash
re: Emelie. Yeah she always has a great smile, always happy it seems
6:31

Love the rant. Leadville is Leadville, the town is a huge part to every race there and that'll never change. Yes, it has changed with LT taking over, but in my opinion the town is still the draw for people. The soul of any of the Leadville races is the town. I've been able to participate a number of the series events in different locations the last few years and the biggest thing I've seen is that Ken has been reduced to the "dancing bear" for LT now. As far as the other, quit bitching and take care of business.

It was great to see you out there! Man, that paragraph about Hopeless cracked me up. Exactly what has been rattling around in my head, but I have been unable to express so eloquently...

I have ran/paced during the same time frame. People have always been crapping on this race. The only difference now is social media. Didn't Ken have 2 Cadillac Escalades? Leadville has always been about money!

This year I paced a runner who ran 28:30. No problems with any of the add stations. We came, topped off and left. If you have a pacer outbound, you really shouldn't need anything at Hopeless.

Was traffic a problem this year? Most definitely. Was it the thousand runners, or the 15 crew members each runner had. I was at Winfield all day and many of the latter runners had multiple cars per runner. This problem is easily rectified by shuttle, or allowing only one vehicle per runner with cars having multiple runners crew (ie carpooling) having priority.

I think it's not so much the "bitching" from participants about LTF making a buck (I've always argued it's cool for RDs to earn a living) but more about the diminished or lost features that gave the race a unique identity, like Hopeless aid station. Heck, I've blown through that aid station three years in a row both racing and pacing without real need for it but it's something that gives the race identity and would be different without it (btw, I prefer Evian, so I'm cool if that's all they serve).

The litter is another thing. Suddenly, and somehow, this race has attracted participants who think it's ok to leave gel packets, bar wrappers, baggies, anything along the trail (road marathon/tri mentality?).

The crowds were anticipated and talked about before the race, so no surprise there. What was interesting was the lack of control of the crowds, both runners and cars. It seemed like they needed about 500 (literally) more race officials/volunteers/whatever out there. Hardrock has more workers than Leadville and is 1/10 the size.

In terms of running out of supplies, that's pure lack of experience and planning. Don't advertise a certain value if you can't fulfill it. Finishers medals for the marathon, silver bracelet for the silver rush, well stocked aid stations - all promoted on the website but not available in reality.

I don't hate the race and don't hate LTF but I've been there in some capacity six years in a row and it's become a joke of a race series. People could be quiet and not say anything negative about it but that would be telling LTF that everything's cool and they'd go on to do the same thing next year. And anyone who thinks a couple of letters sent in to LTF will do the trick is naive, at best.

"Hey, Tim, if you think the race is a joke, then don't go there!" might be a thought bouncing around.

I won't and don't plan to unless it changes and improves. Even if it's managed properly, it's too much of a "rock n roll marathon crowd" type of event now anyway, IMO.

Had an f-in blast the whole summer up there! Mtn Bikers are a bunch of cupcakes though. I will say the trash on course and a total lack of respect for the inbound runners on Hope was a little frustrating but a few punches to the neck and Patrick and I sorted it out just fine. What's your plan for Friday DMB, wife and I will be there?

Spot fucking on JT! I seriously doubt the next generation of Hardrockers come from Leadville. If so, you got a shot at Top 5.

Donnie/FF brought up a few good points. The amount of trash out there was sickening. I literally ran out of space in my Nathan to stash away the half empty gel packs and such picked off the ground. I also counted 3 different confrontations between inbound/outbound traffic up Hope. All started by outbounders.

Good seeing you out at Twin and solid work on the Double!

Leadville has turned into the Greece of ultramarathons. Because of the history, people will always go there. It's just nowhere near as great of an experience as it could be because the people in charge don't have their shit together.

My lasting memory of this race will be a runner at Hopeless, clad in full Salomon spandex kit with a ruck sack full of worthless gear, knowing they're not going to make the next cutoff because they haven't trained hard enough, yelling "this is all your fault" at one of the llamas.

Think you might have missed the point of alot of the complaints about Leadville this year.It's not about being tough enough,or if this or that aid station is even needed to finish the race,it's about paying good money,and expecting to get a well run event from it,not much to ask for.So if the Leadville organization thinks everything went smoothly this year,they have no incentive to improve on the race,and that would be a shame for what was a really fun race to plan on.

JT originally wrote:
"So much crying about the Hopeless aid station. Folks, if you need three aid stations to get from Twin Lakes to Winfield and back, you're going to get crushed once you try a difficult mountain race."


It's irrelevant what YOU think others should need to complete the race.

A couple things others have touched upon:

Footfeathers: "In terms of running out of supplies, that's pure lack of experience and planning. Don't advertise a certain value if you can't fulfill it. Finishers medals for the marathon, silver bracelet for the silver rush, well stocked aid stations - all promoted on the website but not available in reality."

Randy: "Think you might have missed the point of alot of the complaints about Leadville this year.It's not about being tough enough,or if this or that aid station is even needed to finish the race,it's about paying good money,and expecting to get a well run event..."


The point is, if you advertise something, you need to deliver.

You should consider toning down your judgment of others.

I'm sorry I may have hurt someone's feelings. Remember, you're all winners just for trying!

If thats the case,where's my cash prize for winning?

I will send out a check to everyone who entered Leadville for the same amount Ian got for winning...

I ran Leadville this year as my first 100 and I've been really bummed/confused about all the negativity. I was coming through all the aid stations late and thought they were all still pretty well stocked. Yeah they didn't have everything but every station had at least a few different types of foods and liquids which is all you need to get you through late in the race. At that point everything tastes weird anyways so just eat it, drink it, and keep going. Also, never had a problem getting drop bags and all the volunteers and Lifetime staff I interacted with were very responsive and helpful. Other than cars nearly running people over coming in and out of Winfield I don't see what all the complaining is about. I'll be back next year for sure.

Classic, I love it.